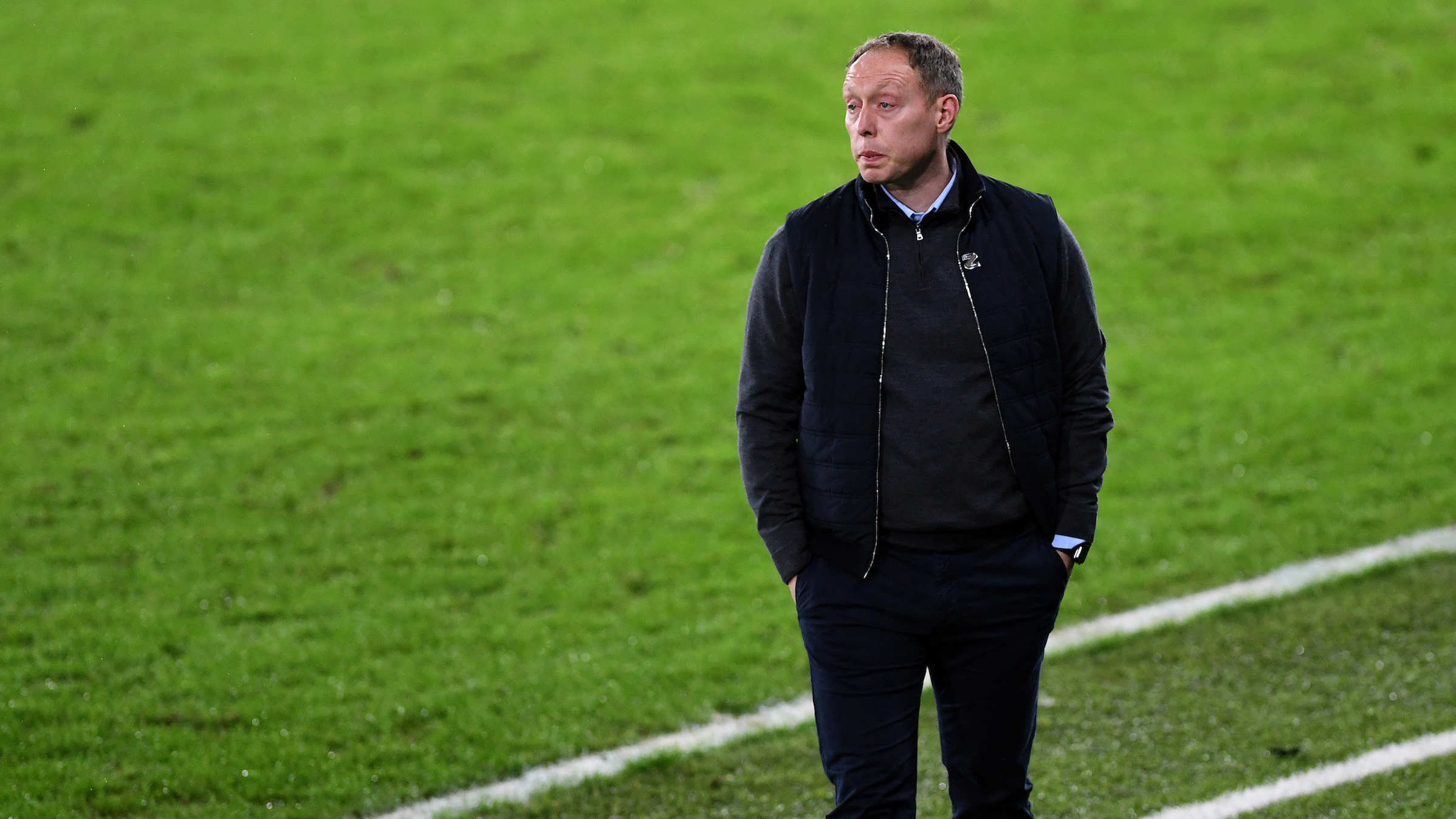 Steve Cooper | We weren't at our best, but we're delighted with the win

Steve Cooper acknowledged Swansea City were not at their best against Nottingham Forest, but was delighted to see his side snatch a late winner at the Liberty Stadium.

Connor Roberts popped up with a powerful header in the closing stages to seal a 1-0 win; his goal almost a carbon copy of his winner in the return fixture at the City Ground earlier in the campaign.

It came at the end of a night where the hosts were not at their fluent best, but were able to ground out an important three points in the promotion battle.

And Cooper was pleased to see his team come out on top after a tough evening.

“It wasn’t a great game, there was not much between the teams in terms of chances,” he said.

“There were no real glaring misses, and I don’t remember Freddie making too many difficult saves.

“I am not going to sit here and say we were brilliant tonight, because there were parts of the game where we weren’t, particularly with the ball.

“We struggled to get our positioning right and play with the right rhythm and intensity.

“In the first half I really did not like our lack of intensity to our game, both with and without the ball.

“I just thought the game was heading towards a 0-0 draw really. Forest are a good team in good form, with good experience and talented players.

“We felt it was heading that way, we made some offensive changes in the second half to get more width and we hoped things would turn.

“It didn’t really, but we created a good moment going forward to get the win.

“We are delighted to win but we know we will have to be better in our next game.”