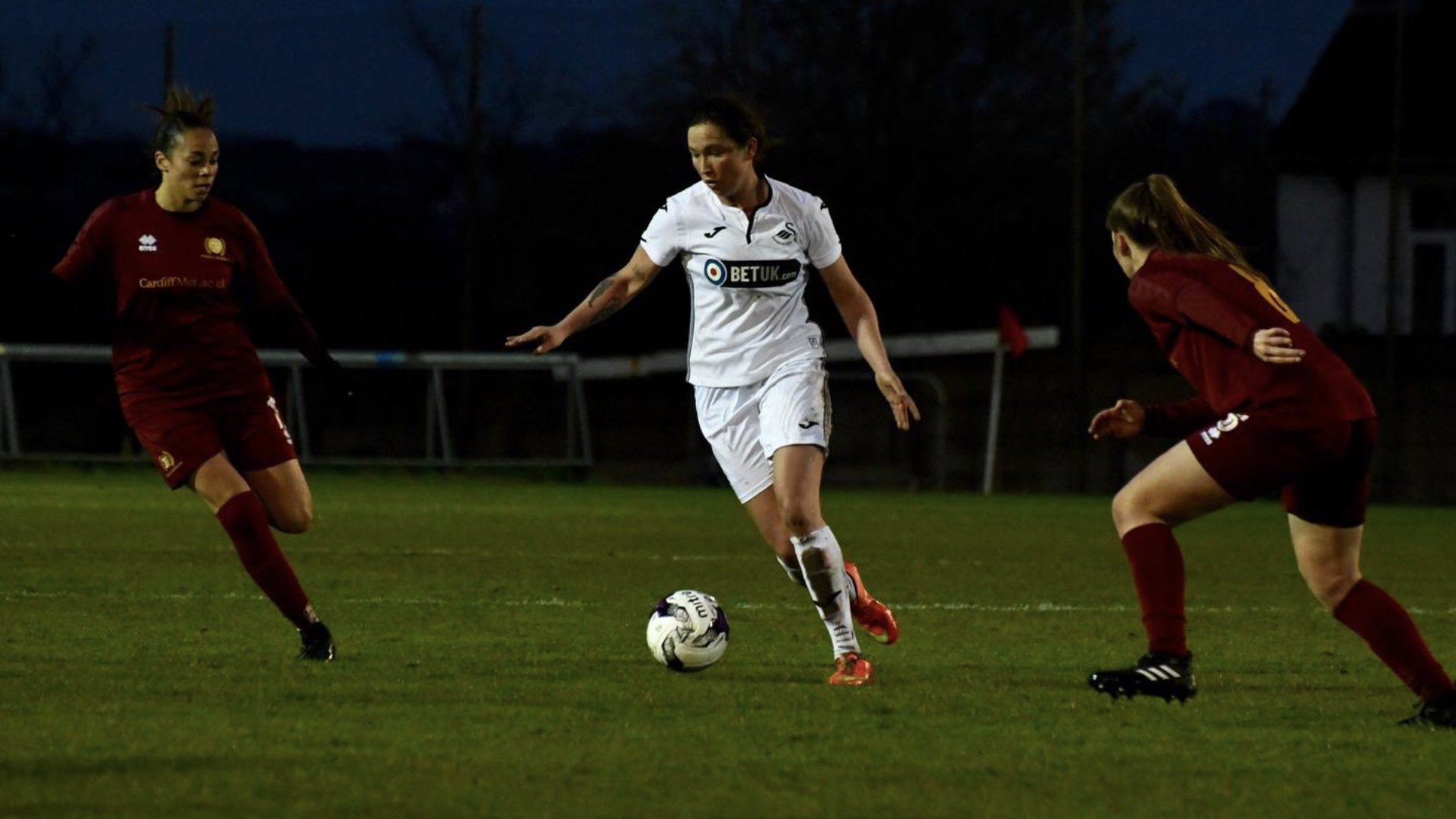 Swans Ladies missed out on the chance of silverware as they fell to a 3-1 defeat against Cardiff Met in the Welsh Premier Women's League Cup final at Stebonheath Park on Friday.

Katy Hosford got on the scoresheet for the Swans, but goals from Olivia Thompson, Madison Shupbach and Alice Griffith ensured Cardiff Met - who had already secured the league title - lifted the trophy.

The Swans had started positively, creating the first meaningful chance of the match. Lauren Hancock delivered a dangerous cross into the penalty area which Met keeper Estelle Randall had to push to safety..

But it was the students who took the lead on 15 minutes as Thompson scored from close range after Gemma Border in the Swans goal had been unable to gather the ball.

The Swans deficit was just the solitary goal at the interval but Kerry Harris’ side doubled their lead in the 48th minute courtesy of Shupbach’s powerful long-range effort.

Lauren Smith and Hosford both had chances to make it a tense ending by pulling one back, however neither one were able to find the back of the net.

Griffith then put the match out of the Swans’ reach with 10 minutes to go as she rifled her shot into the top-right corner, going in off the underside of the crossbar.

However, Swansea deservedly got a late consolation as Hosford scored yet another goal in this competition. The 21-year-old made the most of Randall spilling the ball to turn it goal bound. It was the midfielder's fourth goal in three matches in the League Cup.

Manager Ian Owen was disappointed with the result, and felt his side had not quite managed to replicate some of their fine recent showings.

“We are all very disappointed with the result, we didn’t play badly but we never reached the level of the past few games. Some individual errors cost us dearly," he said.

“Cardiff Met are a good side and two of their goals were fantastic strikes. Congratulations to them, they played well.

“I am always proud of my players and I couldn’t fault their application, the staff have also been magnificent this season and they play a big part in what we do.

“We will try to finish the season with some good performances. We will take a well-earned rest and go again.”

Swansea’s season is not over just yet as they face Cyncoed on Sunday, April 21 at the Llandarcy Academy of Sport. Kick-off is at 2pm.

Swansea City Ladies head coach Ceri Phillips was delighted to start 2023 with three points and an accomplished performance in his side's 2-0 victory at Pontypridd United Women.