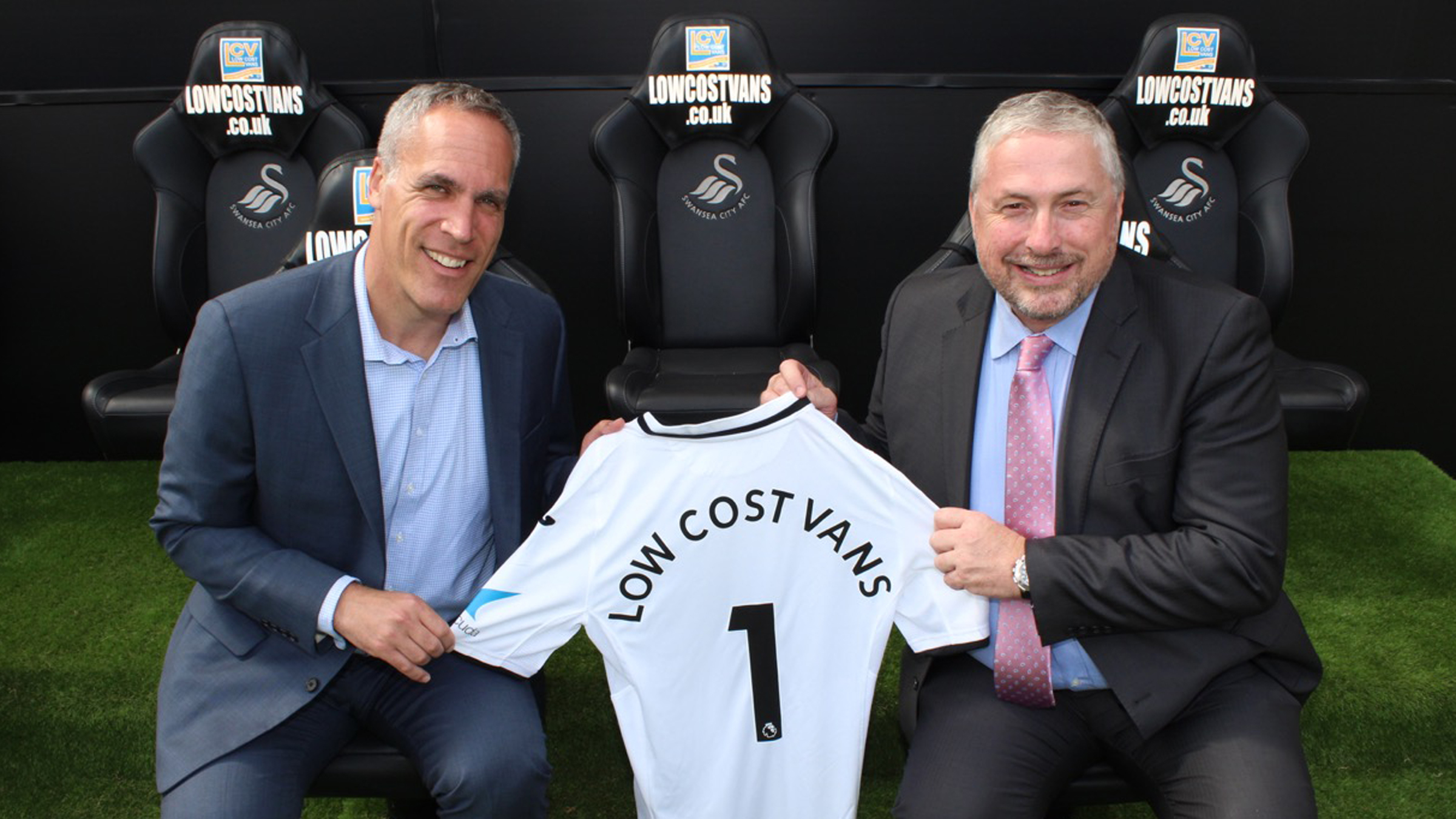 The new sponsorship deal makes the company one of the biggest local financial backers of the Swans for the sixth consecutive season.

Low Cost Vans and the club has a close working relationship with Rod Lloyd, managing director of the Neath-based commercial vehicle provider, who has been a passionate Swans fan since his schoolboy days.

“To sponsor the Swans for a sixth year was an easy decision to make,’’ explained Rod, who still has his old schoolboy pass for the Vetch Field.

“I vividly remember being at the Vetch on cold and wet Tuesday nights as a 13-year-old schoolboy watching us play in the old Fourth Division – such was my love for the club.

“While the stadium and so much about the game has changed since then, my fundamental passion remains the same.

“I am exceptionally proud to be able to play a meaningful role and make a difference to my local club.”

The commitment is greatly appreciated by Swansea City, with chief operating officer Chris Pearlman, adding: “To stay competitive in the Premier League we have to try and keep growing our commercial revenues. Partnerships such as Rod’s will be reinvested into the team to help us achieve that.

“It’s not an exaggeration to say that we depend on sponsorship revenue, so I’d like to thank Rod for his commitment in the past and his continued support today.”

It is indeed a coveted sponsorship deal with the Low Cost Vans logo proudly displayed on the home and away dugouts at the Liberty. And with the dugouts often the focus of the TV cameras during Premier League games, the company is guaranteed a global audience.

The combination of the real passion behind the sponsorship deal alongside the excellent exposure it gives Low Cost Vans makes it what Pearlman describes as a ‘blueprint partnership’ for the club.

He explained: “The club means so much to people of the area. As well as the volume of exposure that being on a global stage brings, Low Cost Vans is associated with the Swans, a brand that people are passionate about. Add to this Rod’s genuine love for the club and it’s the ideal mix.”

Rod added: “I’d also like to say that it’s been a pleasure to deal with the club’s new owners, and to have the steadying hand of Chris on board. We wish them and the entire club the best of luck for the new season.”

To celebrate the new sponsorship deal, the Swans players have signed a shirt to be won by a fellow genuine fan. So head to Low Cost Vans’ Facebook page and like the relevant post to be in with a chance of winning.