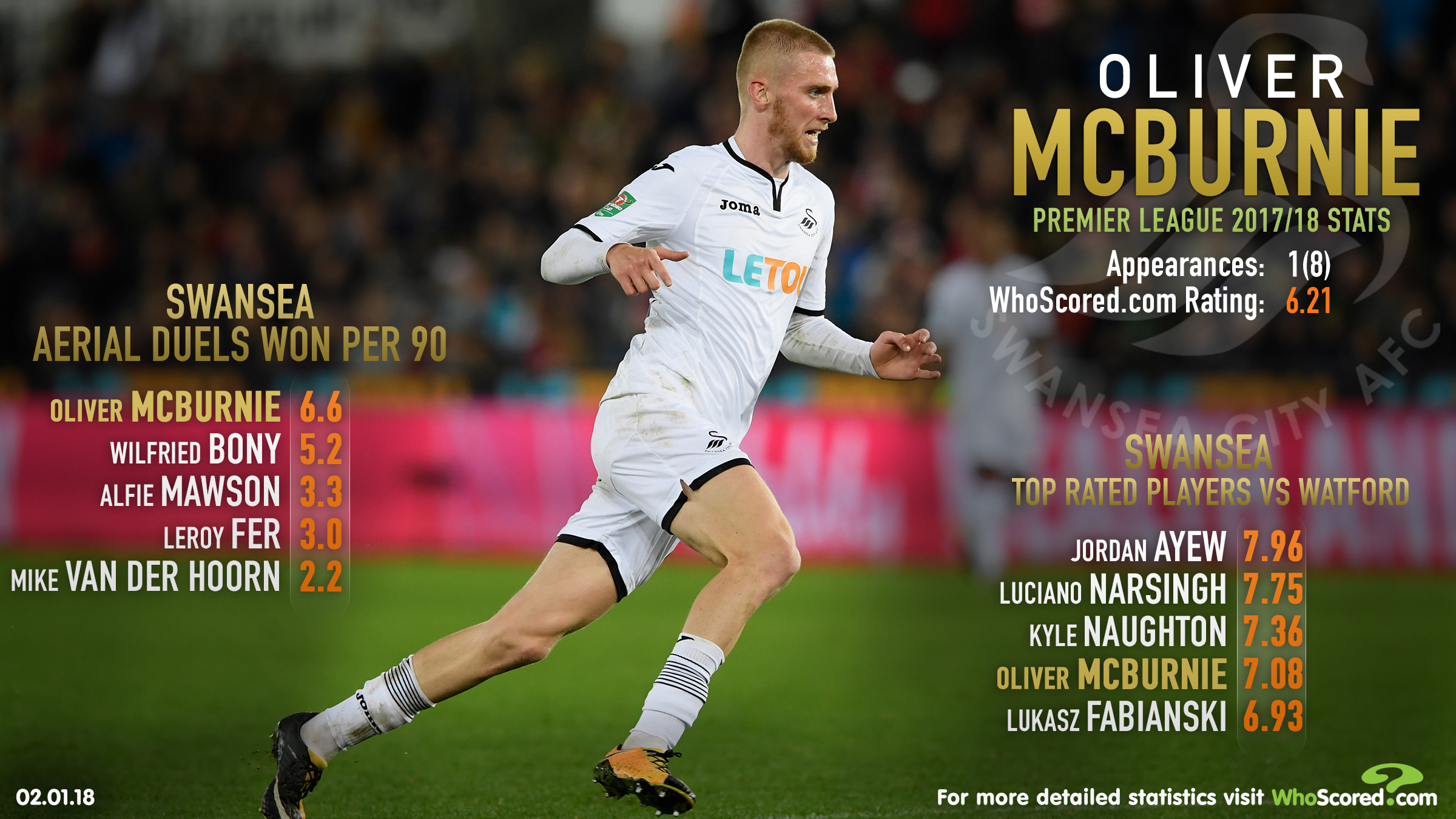 The Swans may have left it late on Saturday, but a Luciano Narsingh goal in the dying embers at Vicarage Road saw Carlos Carvalhal kick off his reign as Swans boss with a welcome three points.

Having ended 2017 on a high, the South Wales side will look to start the new year by taking a huge scalp at the Liberty Stadium as they welcome a Tottenham side who are in great form.

Spurs have won four of their last five Premier League games, with the only blip on the record coming in the form of a 4-1 loss at the home of runaway title leaders Manchester City.

The Swans came perilously close to an upset in this fixture last season only to come unstuck late on, and they’d love to make amends against the North London outfit this evening.

With the games coming thick and fast, Carvalhal could tinker with his XI to keep his squad fresh and with Wilfried Bony and Tammy Abraham both carrying knocks, Oli McBurnie could make his second league start of the season when Tottenham make the trip to the Liberty.

The 21-year-old started the loss at Liverpool and put in a good shift in the defeat, with his physical presence a huge asset for the Swans.

Indeed, he’s winning more aerial duels per 90 (6.6) than any other Swansea player this season and this weapon in his arsenal may prove crucial against a Spurs outfit that has developed a statistically calculated WhoScored.com weakness of ‘aerial duels’.

Having made an effective impact off the bench against Watford – McBurnie provided the assist for Jordan Ayew’s crucial equaliser to help earn a WhoScored.com rating of 7.08 – the young forward will hope to play a key role tonight.

Standing between the Swansea striker and the Tottenham goal, however, will be stand-out defender Jan Vertonghen.

The Belgian is enjoying a solid campaign to date, with his WhoScored.com rating (7.11) the third best of all players in Mauricio Pochettino’s side.

One of Vertonghen’s WhoScored.com strengths happens to be ‘aerial duels’ and the battle between the 30-year-old and McBurnie could be key in this fixture.

Tottenham have won only one of their last six away league games – a 3-0 victory over Burnley – and Swansea have the opportunity to spring an upset against the Champions League-hunting side on home turf.

Should McBurnie get the better of Vertonghen this evening, a positive result will be within Swansea’s grasp.