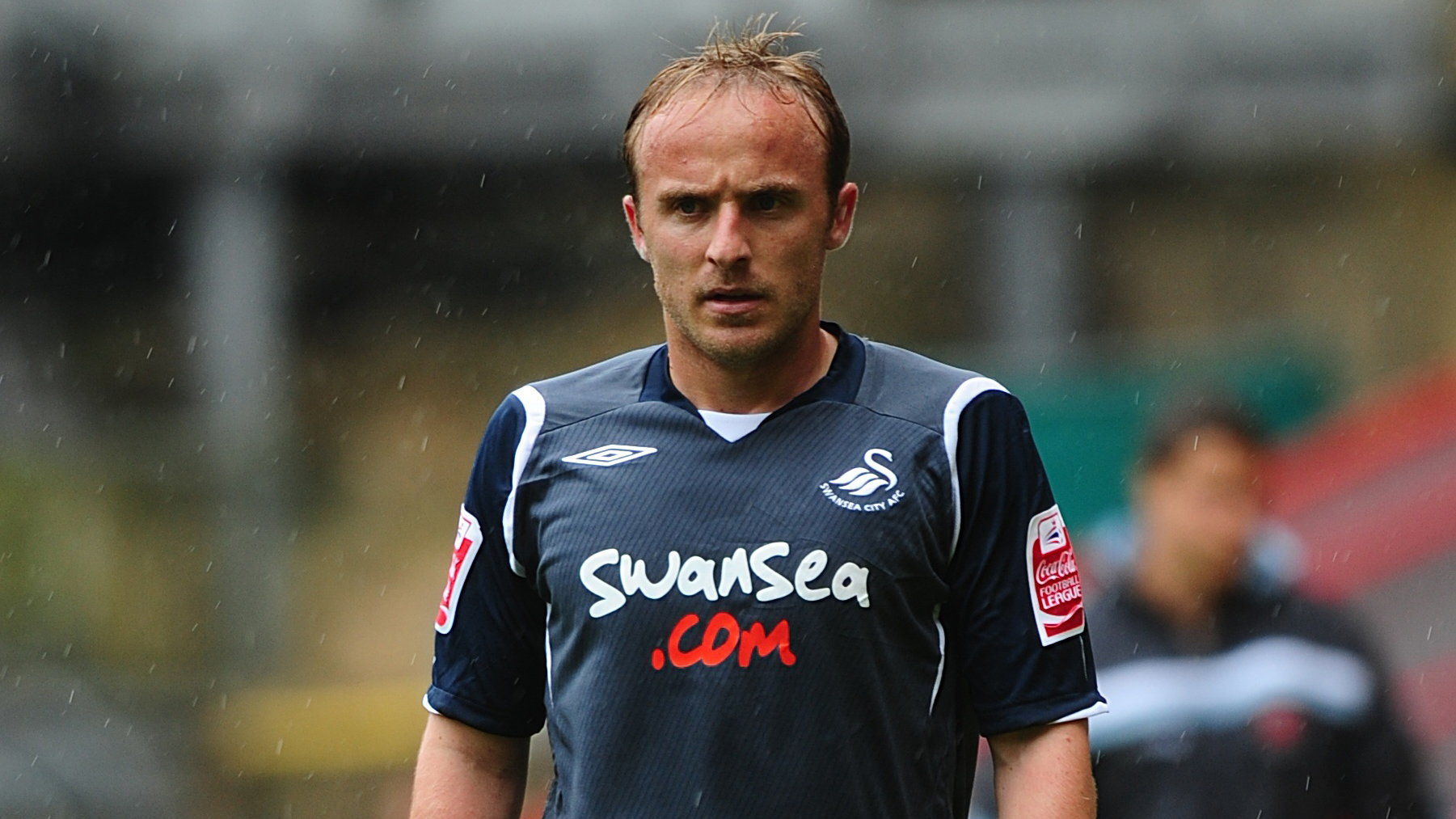 Former Swan Tom Butler believes Daniel James has the perfect grounding and team-mates to help him develop at the Liberty Stadium.

Butler, who made 144 appearances during a six-year spell in SA1, has continued to monitor the fortunes of his former club with whom he retired in 2012.

And he’s been hugely impressed with the impact James has made this season.

Nicknamed the ‘little greyhound’ by team-mates, James has burst onto the scene this season and has become a regular in Graham Potter’s plans.

James’ pace has terrorised defences up and down the country this season as he continues to catch the eye.

And Butler feels James’ surroundings and the wealth of experience around him will help the Wales international develop further.

“As a winger I’ve been really excited watching Daniel James play. He has pace to burn and he will terrify any full-back in this division,” said Butler, who is now a consultant for sports management company Code:4 Sports.

“If you can work him into a position where the full-back is isolated, then he’ll do a lot more damage in this league.

“I see him as the type of player where you’d say ‘don’t worry about tracking back, just stay near the halfway line and cause mayhem!’

“With that youth you also need some experienced players around you, and Nathan Dyer and Wayne Routledge are perfect role models.

“I obviously know Nathan very well as I played a lot with him, and he was a nightmare to play against because of his high-energy performances, and the fans always appreciated his work-rate.

“The knowledge and wisdom Nathan and Wayne can pass on to the likes of Daniel will be invaluable.

“I was fortunate enough to have Colin Pascoe and the legend that is Alan Curtis coaching me at Swansea. I would listen to everything they had to say because they played in big games against big players and knew exactly what you had to do. It helped me a lot.

“So it will be a great education for a player like Daniel.”

James is not the only youngster to have caught Butler’s eye this season.

With Potter giving chances to a number of academy graduates, Butler has been pleased to see Swansea’s young crop grasp their opportunity.

“There is a very good blend of youth and experience in this team, and it’s great to see the young players taking their chance,” he added.

“It shows the great work the academy has done over the past few years in helping the likes of Joe Rodon and Connor Roberts develop into the first team.

“Fans at every club love to see a local kid come through the system and play for the first team, but I really felt the fans’ pride in seeing the likes of Joe Allen, Shaun MacDonald and Jazz Richards wearing the shirt.

“And as a former Swansea player I am loving the fact the club has so many players in the first team that have been part of the academy system. They are a joy to watch.”

Butler will be at the Liberty for Saturday's Championship clash with Sheffield United - the club he famously scored a brace against in the Swans' FA Cup win at Bramall Lane in 2007 - as he entertains guests in the hospitality lounges.

Then, on Sunday, he will be part of the Swans Legends team which will take on a Len Johnrose Trust XI at Port Talbot Town FC (1.30pm).

The charity match will raise money for the Len Johnrose Trust, which raises awaress of Motor Neurone Disease, after the former Swans midfielder was diagnosed with the condition.