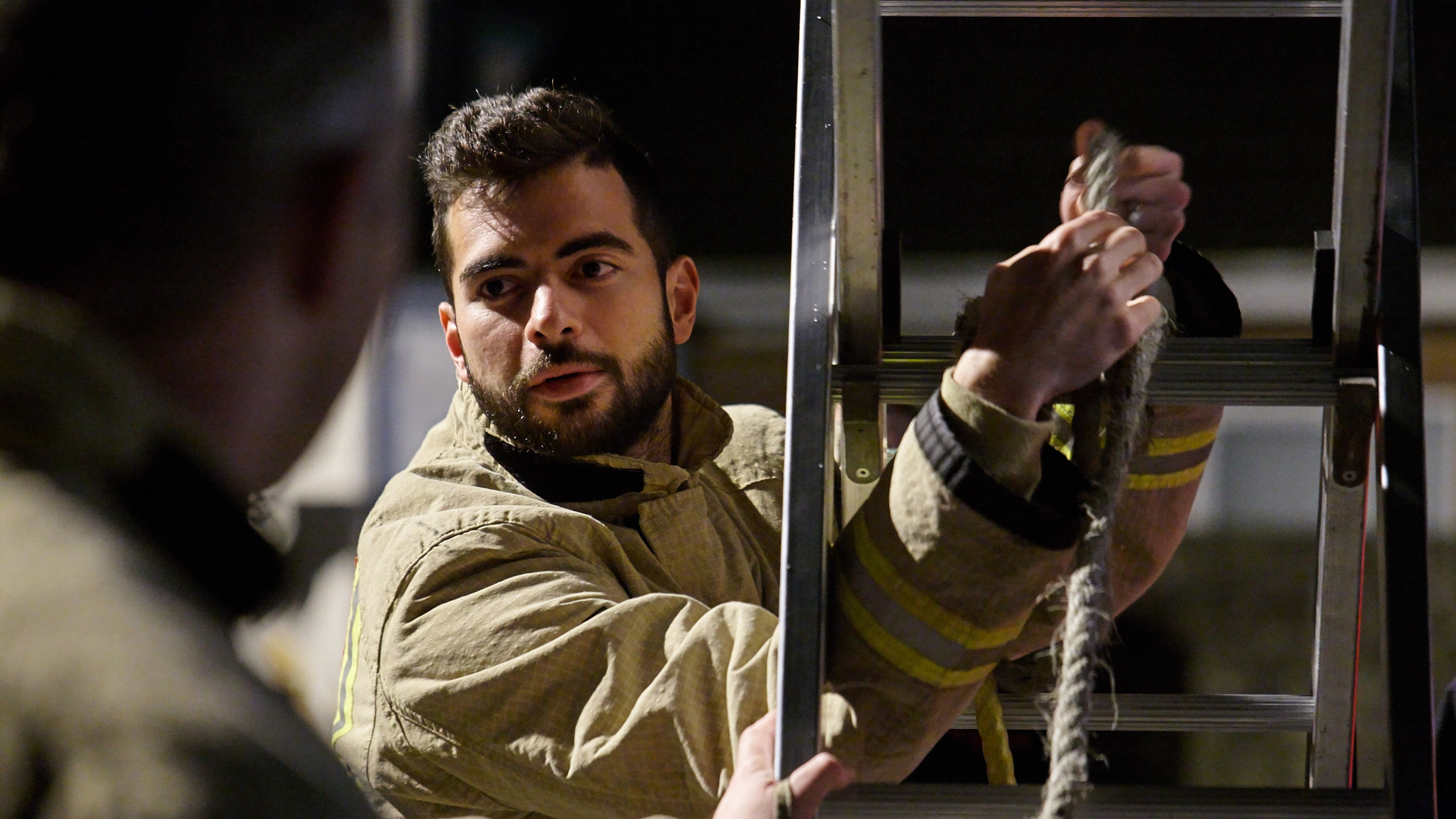 Launched earlier this year, the league - run by the Community Trust’s Premier League Kicks project – sees Fire Cadet schemes from across South West Wales compete against each other in a range of fire drills and football skills.

Originally set up last year - launched by Angel Rangel - between Swansea City’s PL Kicks and Mid and West Wales Fire Service, the league has gone from strength to strength.

“It was great meeting everyone. They’re doing an amazing job with the fire cadets,” said Amat. “It’s a big opportunity for them and I’ve also had a really good time. It was good fun with nice people and I’ve learned a lot about firefighting.”

“It’s very important for the club and the Community Trust to support these programmes. The things we do for Swansea City Football Club is not just about football, it’s about the community and the city itself so to get out to something like this and to show the kids how important it is to be involved in these projects is great.”

PL Kicks coach Liam Ellis added: “This year is the second year of the league. Each month the schemes come together over four days at a selected fire station, where they are tested by full-time fire fighters on their knowledge of firefighting and drills.

“The league is a fantastic opportunity for those involved and allows the cadets to show off their fire station and their own knowledge. It’s great to see so many schemes coming together and getting along so well in a competitive atmosphere.

"I look forward to seeing the outcome of this year’s league and how we can work in partnership with the emergency services to help it grow further for next year."