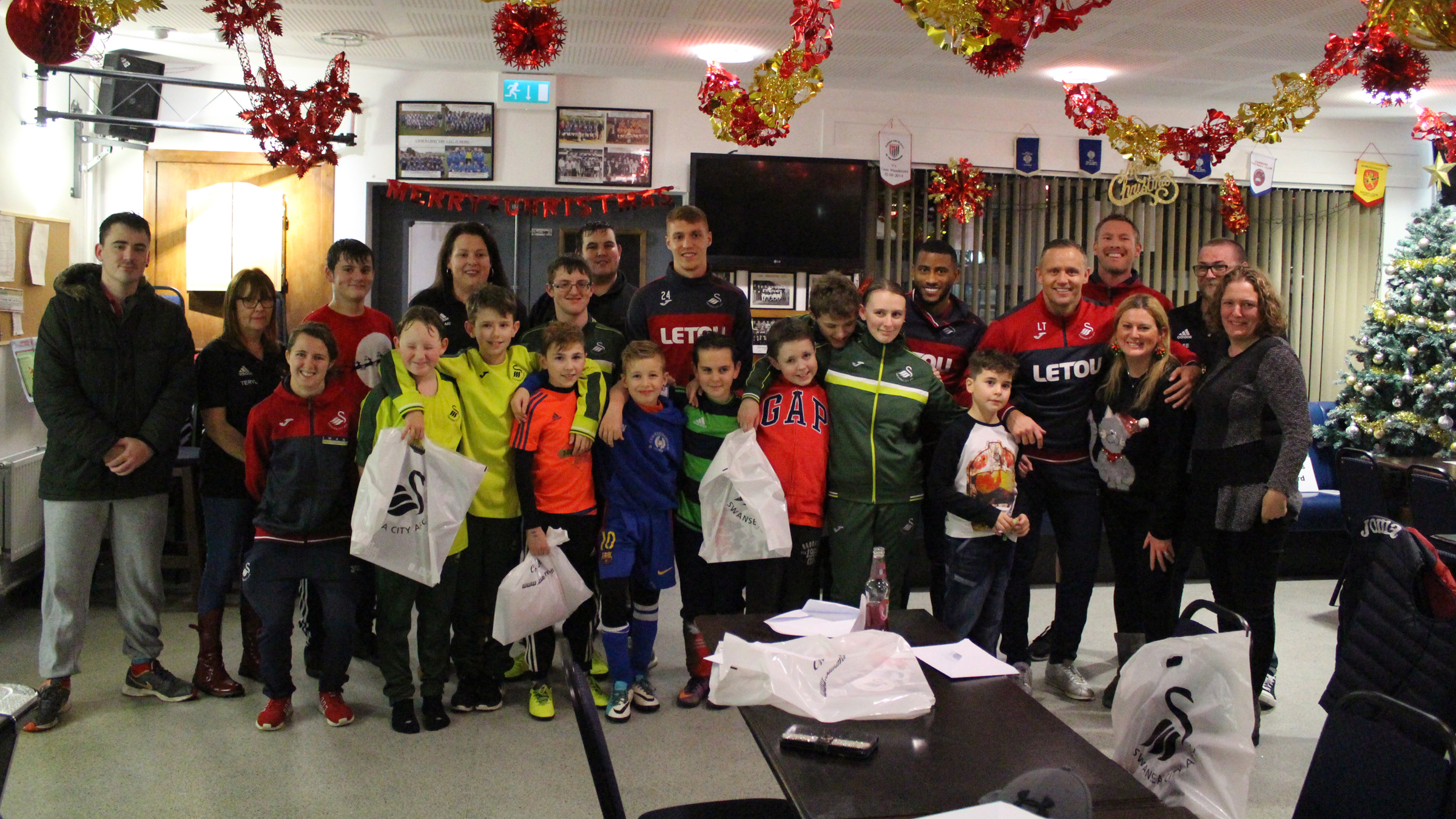 Cwm Wanderers AFC run the academy which has received financial support from the Community Trust’s Inclusion Project to fund equipment, an Astroturf facility and specialist coaching.

“The Community Trust have been working with Cwm Wanderers to develop an ASD football academy from the initial idea around March 2017,” said the Community Trust’s senior inclusion manager Richard Jones.

“As well as providing funding, we have supported the academy by signposting individuals with ASD to the club and by establishing partnerships with organisations such as Powys Sports Development and ASD Info Wales, who have supported with ASD-specific training.”

To bring the Christmas cheer to the ASD Academy as part of the club’s Seven Swans a Giving campaign, the children were surprised by the appearance of Luciano Narsingh, Jay Fulton and club ambassador Lee Trundle at their training session.

Despite a wet and windy evening in Lower Cwmtwrch, the children and Swans players got stuck into a session where Narsingh and Fulton acted as defenders whilst the children ran at them to showcase their best attacking strategies.

“The children were in awe of the players and slightly star-struck,” Jones continued.

“It was such a miserable night weather-wise, but the efforts of the players were amazing – they were great with the kids.

“It was especially nice to see the players travel to the clubhouse after training to give out some Christmas presents, including match tickets, have photos taken and sign autographs.”

Narsingh added: “It has been great to interact with young people by playing football and giving out presents as part of Seven Swans a Giving.

“It is a great initiative for giving back to loyal fans, and especially those who have benefited from the Community Trust’s support.

“We all really enjoyed the training session, and it was great to see the smiles on the children’s faces after we gave them gifts.”

For more information about our Inclusion Project, contact Richard@scfccommunitytrust.co.uk. If you’d like to know more about the ASD Academy and how to get involved, please email Andrea Smith on cwmwanderersasd@gmail.com.