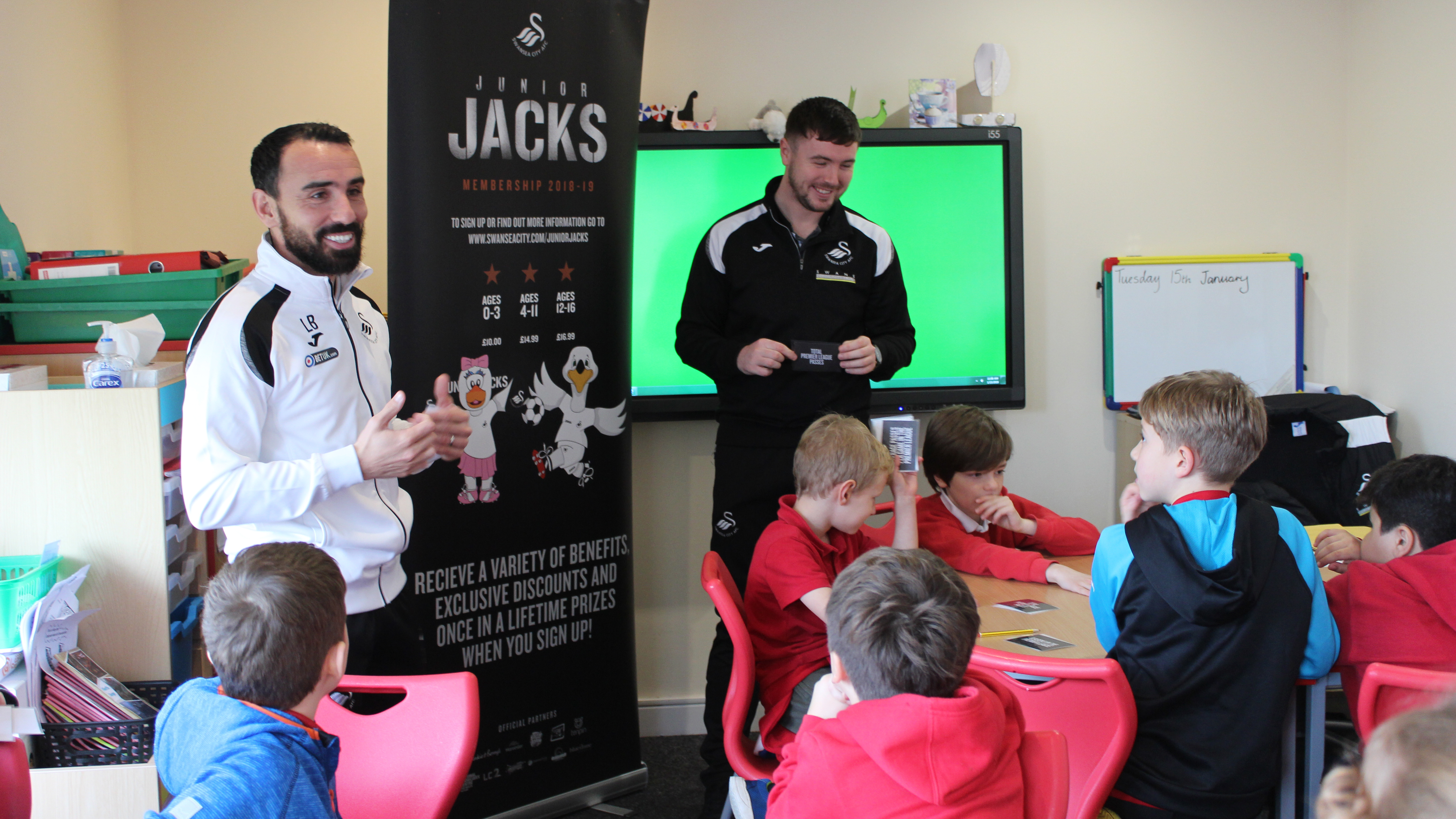 Swansea City’s Swans4Schools initiative has gone from strength to strength since its inception in October of last year.

The programme sees club ambassador Leon Britton go back to school to teach primary school pupils about the club and general community values.

“The first five months of our Swans4Schools initiative have been hugely successful,” said Britton.

“It’s great to see the children in the local community benefitting from the programme. It helps them to improve their academic skills whilst keeping fit.

As part of the project, Leon is introduced to the pupils in a school assembly where they get to watch an exclusive video of the Swans legend in action.

Together with the Community Trust, Leon then discusses the club’s four Primary Star values for pupils:

The initiative also focuses on the club’s anti-bullying message and resilience before work begins with the seven and eight-year-olds in Years 3 and 4.

“It has been fantastic to get out to our partner schools as well as schools we have never worked with as part of our Premier League Primary Schools programme,” said the Community Trust’s Jack Midwinter who helps to run the Schools programme.

“To have a club legend such as Leon Britton come in to schools across South West Wales and deliver numeracy and literacy sessions as well as share his experiences in football and life with the pupils is fantastic.”

One year group attends a physical activity and play session, while the other year group is taught a curriculum-based education lesson using questions and answers about Leon’s career to achieve a set task – with the personal assistance of the midfield maestro himself. The classes then swap over.

All pupils taking part receive an exclusive Swans water bottle to use in school and a signed autograph card from Leon.

“We’re looking forward to what the future holds for the Swans4Schools project and hope to take the club’s values and messages into even more primary schools throughout the rest of the season,” finished Britton.

For more information on how Leon can pay your primary school a visit, email hollieevans@swanseacity.com.