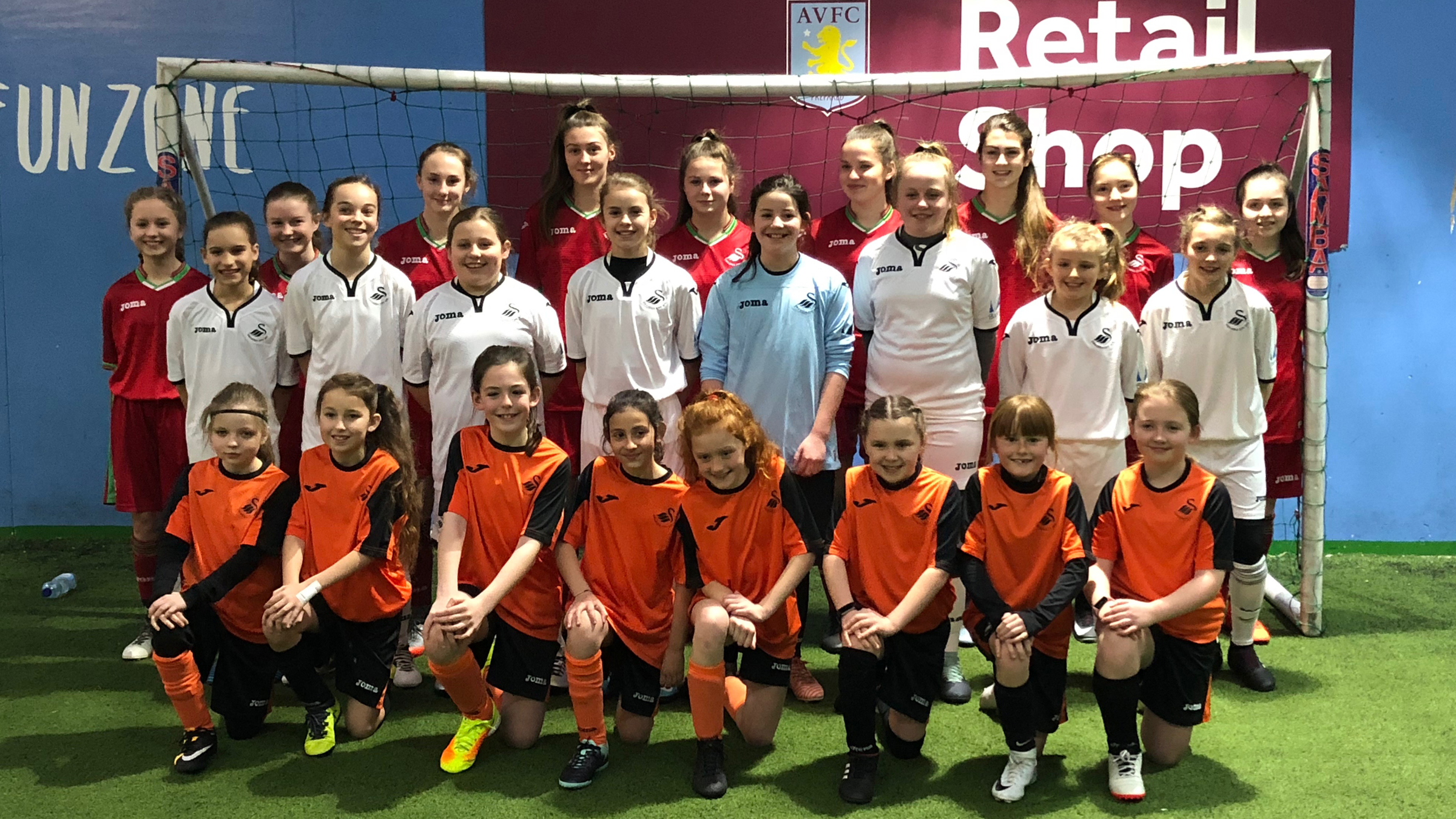 “Everybody wants to be involved in something positive in life and for participants being able to represent Swansea City in a fixture against a high-quality team such as Southampton is very rewarding,” said Craig Richards, the Community Trust’s sports participation co-ordinator.

Following a quick tour around Villa Park, teams from the Premier League Girls project’s under-10, under-12 and under-15 age groups played a tournament at the Aston Villa Training Centre.

“It was an amazing experience for all. It’s really inspiring for the girls to be able to have the opportunities to visit professional clubs, visit their stadiums and play at their training arenas,” added Richards.

“It’s been really good to see the girls enjoy and test themselves against the best.

“We thank the staff, parents and participants for the support and hopefully we can keep giving them these opportunities in the future.”