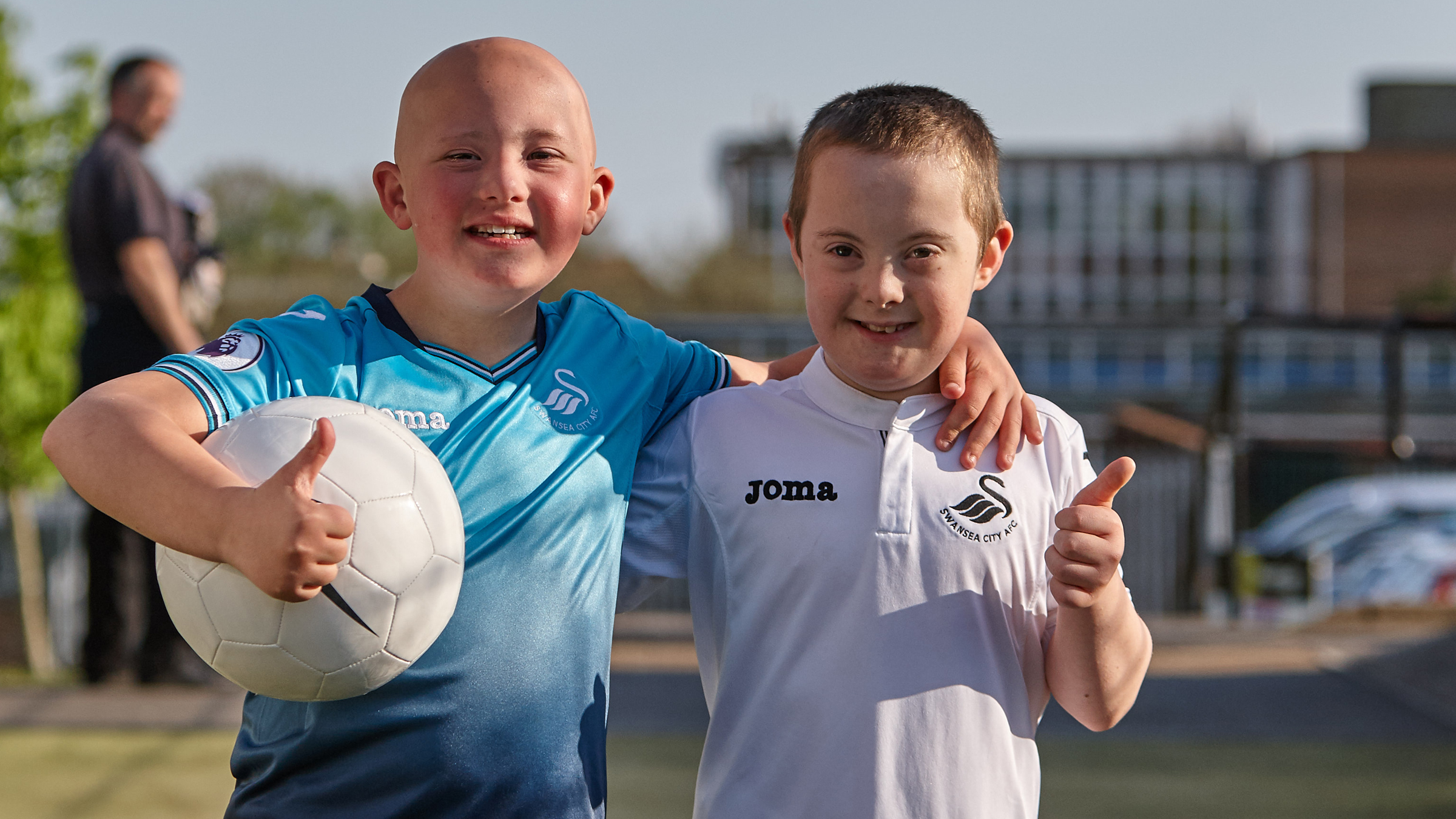 Kicking off at Playfootball Swansea, the sessions were launched with the aim of creating a self-sustaining team that will represent Swansea City.

Run in partnership with DSActive – a sports programme administered by the Down’s Syndrome Association aiming to improve sporting opportunities available for people with Down’s Syndrome – the sessions cost just £4 per week and will run every Tuesday.

“We’ve set up football sessions for children and adults with Down’s Syndrome and it was really popular on the first night,” said Richard Jones, the Swans Community Trust’s inclusion senior manager.

“The aims of it are to set up a sustainable club and we’ve had a lot of support from the Down’s Syndrome Association."

Split into child and adult sessions (5-6pm for children/6-7.30pm for adults), they will see the participants receive top quality coaching on a regular basis under the guidance of qualified and experienced coaches with the aim of playing matches against other teams from across the country.

“We’re looking to set up a team that will sit alongside the main club and will play against other clubs in the area and further afield, including other Premier League clubs,” added Jones.

Made up of a mix of training drills and mini matches, the sessions are specifically designed for those with Down’s Syndrome and are delivered by coaches and volunteers who have received training from the Down’s Syndrome Association.

“DSActive have been working with clubs right across the UK for several years and we’re delighted to be working with Swansea City,” said Simon James from the Down’s Syndrome Association.

“The sessions are all about participation and getting people with Down’s Syndrome to participate in a team environment.”

The launch of the sessions come at the end of a successful first season for the Trust's Inclusion project that has also witnessed the launch of inclusive tennis sessions delivered by the Premier League 4 Sport project, with much more planned for the future.