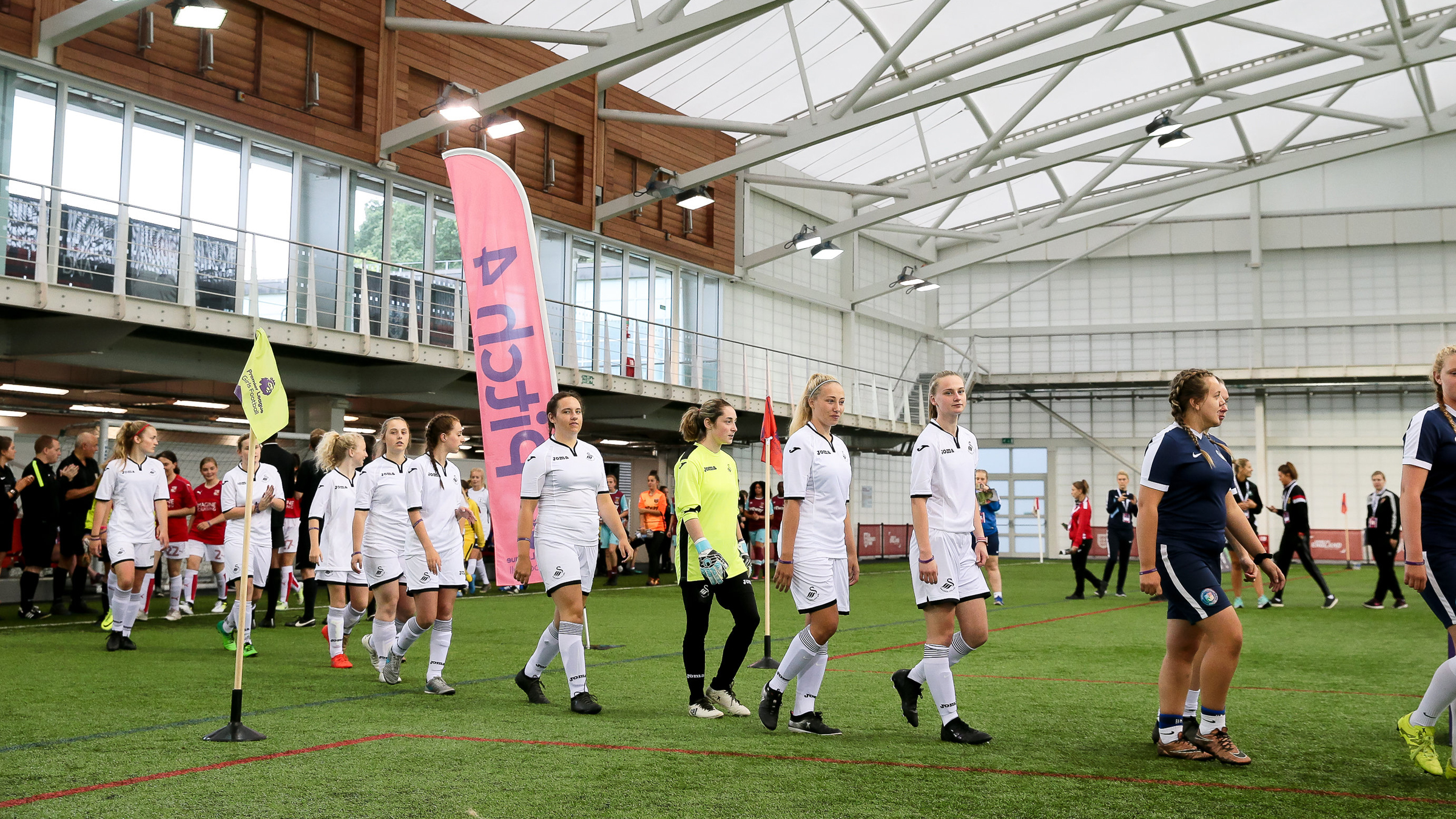 A team from the Swans Community Trust’s Premier League Girls project were chosen to represent the club at the Girls Football National Festival.

Delivered by the Premier League, in partnership with The Football Association, the festival took place at St. George’s Park and saw squads from 41 clubs take part from across the top flight and the English Football League.

Drawn in Group D with the likes of Manchester City and Newcastle, the Swans put in a valiant display but narrowly missed out on reaching the semi-finals.

Opening with a 0-0 draw against Blackpool, as well as wins against Brentford (1-0) and Manchester City (2-0), and losing out 1-0 to eventual tournament winners Newcastle, the girls finished the day second in their group - one point behind the Magpies.

“I had such an incredible experience playing with the Premier League Girls project,” said Renée Day, one of the Swans’ PL Girls participants who represented the club at the event.

“The facilities there were the best I’ve ever had the opportunity to play on and the pitches were excellent. I’m so thankful to the Swans Community Trust for giving me this once in a lifetime chance.”

Katy Hosford, one of our PL Girls coaches, added: “It was great to see the girls enjoying themselves at the tournament in St. George’s Park. The girls got the opportunity to play football in top facilities and compete at a really good standard.

"Despite missing out on a place in the semi-finals by one point, they played some great football and will learn from this experience.”

Our Premier League Girls project delivers sessions throughout Swansea’s local communities and if you want to get involved, please email Ian@scfccommunitytrust.co.uk.