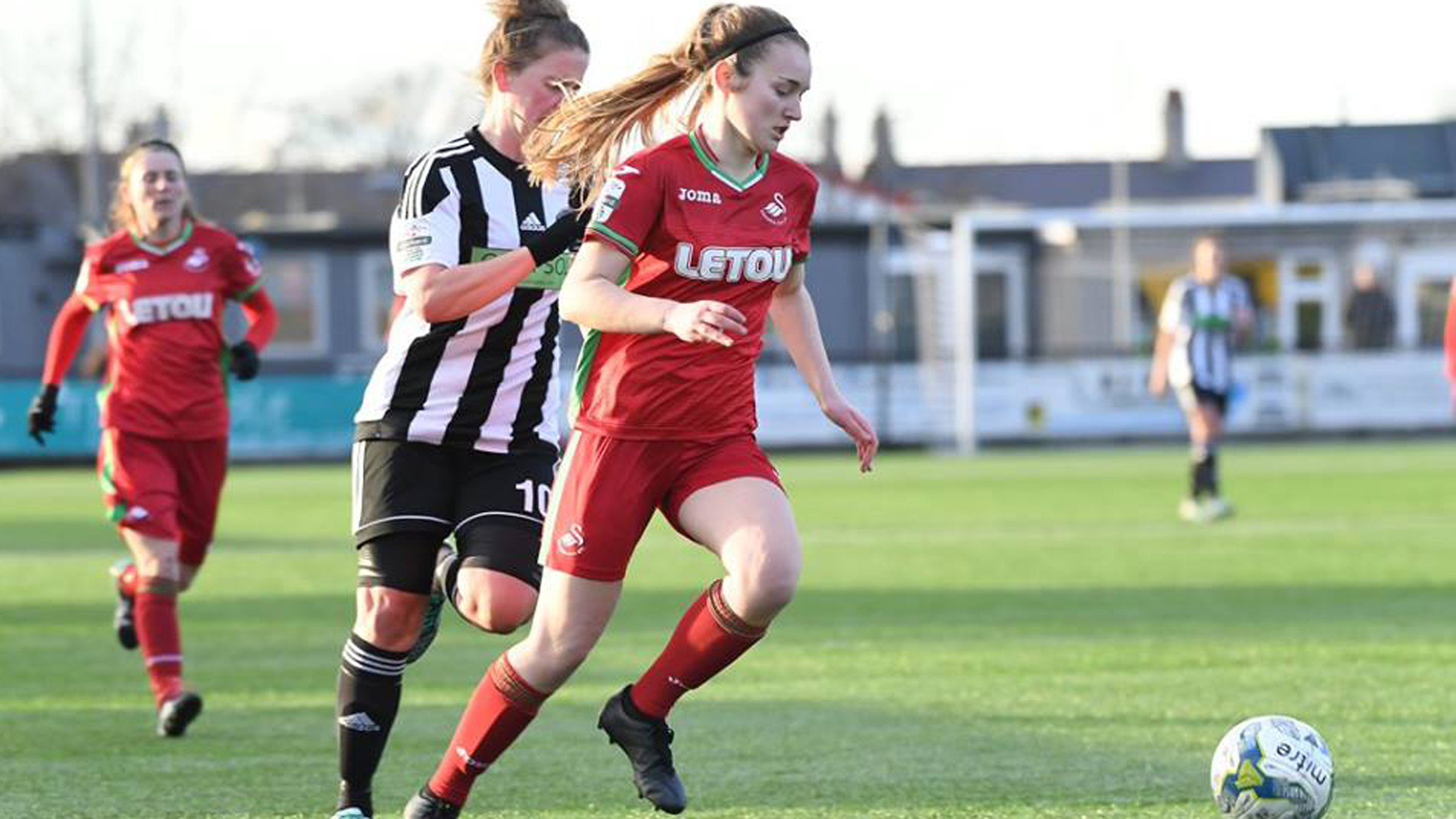 ​​​​​​​Swansea City are celebrating the success of girls within the football initiatives run by the club’s Community Trust.

It is the Football Association’s Girls’ Football week, which aims to get as many girls as possible playing football, a sport which provides an opportunity to become active and meet new friends whilst having fun.

Richards, 16, was picked up by the Swans Ladies after impressing her coaches in the community.

“I started attending Premier League Kicks sessions run at my school when I was 14,” said Richards.

“I’ve been going to them for two years, and I also go along to sessions put on by the Premier League Girls project too as it’s another opportunity for me to develop my skills.

“I enjoy going to the sessions to improve all aspects of my game, but I also like the social aspect as we play with and against girls of different ages."

Richards quickly impressed her coaches before catching the eye of the Swans Ladies set-up.

She scored on her Swans Ladies debut, which was in the FAW Women's Cup, and on her Welsh Premier Women's League debut.

Richards was called up to a Wales Under-19 training camp in March and was part of the Swans squad who secured victory in the FAW Women’s Cup earlier this month.

“It was a great moment for me to get my debut for the Swans Ladies and I was absolutely delighted to score my first goal for the club on my debut,” she added.

“I enjoy contributing to the team and look forward to doing this in future matches.”

After signing for Swans Ladies in November, Emily has secured an incredible opportunity to put the skills she has learnt into practice on a national stage in the WPWL.

And that isn’t the only major achievement that has come as a result her participation with our Community Trust.

“These sessions also provide people with the opportunity to win awards at the annual Community Trust awards ceremony,” Richards said.

“Last year, I was lucky enough to win participant of the year for the Premier League Girls project, so it’s been an incredibly rewarding experience.”

Aiming to use sport to assist in the development of young people in South West Wales, Premier League Kicks acts as a perfect platform for young footballers to participate in the sport.

Additionally, the Premier League Girls project aims to provide opportunities for budding young female footballers to take part in the sport. Through these community sessions, the Swans have created a clear talent pathway, one which Richards is a product of.

Both projects have a proven track record of discovering and developing female talent, with Katy Hosford and Hannah Thomas both breaking into the Swans Ladies squad in recent years after attending sessions in their local communities.

“The relationship with Swansea City Ladies has inspired many of these young people to fulfil their ambitions and Emily’s journey is testament to that.

"I'm delighted Emily is a part of the squad. She is a talented young player with a great attitude.

"We have a good group of young players coming through which is promising for the future."

Stay tuned for more stories over the course of this week, as we join in the celebrations of FA Girls' Football Week.