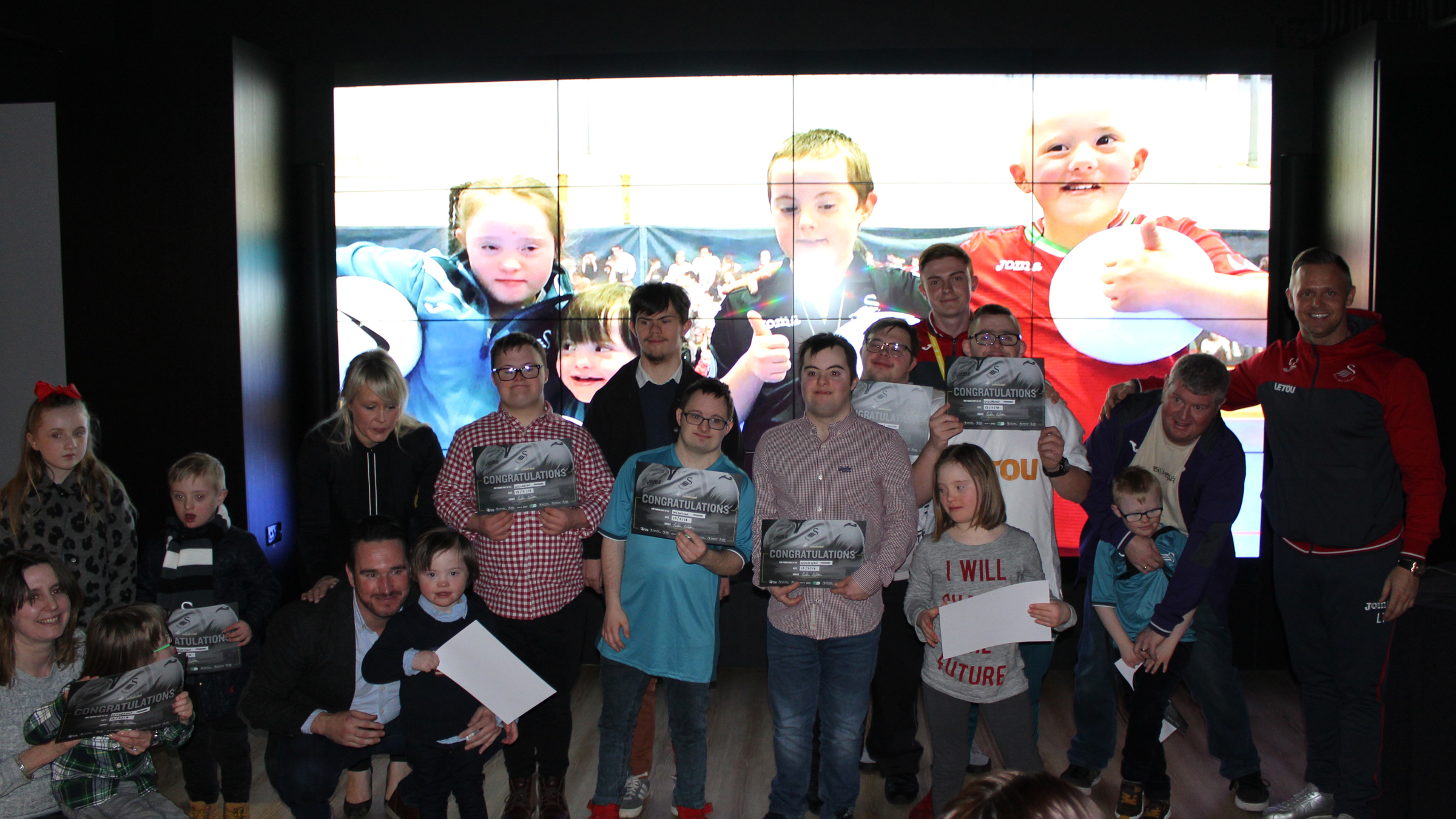 ​​​​​​​Swansea City are celebrating the success of girls within the football initiatives run by the club’s Community Trust.

It is the Football Association’s Girls’ Football week, which aims to get as many girls as possible playing football, a sport which provides an opportunity to become active and meet new friends whilst having fun.

Earlier this month, the Community Trust sent a team to Manchester for the Premier League Kicks Cup.

After being drawn in Group D, the Swans girls’ team faced sides from Sheffield United, Fulham, Everton, Southend and Arsenal in the group stages.

Some strong performances saw them sail through the group, followed by the round of 16, quarter-finals and the semi-finals.

They took on Exeter City in the final, which ended 1-1, and were unfortunate to lose out in a penalty shootout.

The Swans Community Trust’s sport participation manager, Ian Owen, said: “The Kicks Cup provided a great opportunity for our participants to represent the club in a competitive environment.

“Their commitment and prolonged attendance at weekly Kicks sessions was rewarded with a fantastic experience.

“We have seen a large number of girls attending our PL Kicks and PL Girls’ sessions, and the team’s performance at the cup will surely inspire more girls to take up the sport.”

The efforts of the Swans team highlighted their solidarity and friendship.

While they finished runners-up, goalkeeper Celyn Davies was crowned player of the tournament for her outstanding efforts.

Celyn said: “I really enjoyed the Kicks Tournament. It's a great opportunity for young people to be able to represent a club like the Swans.

“Getting to the final was the highlight of the trip, as we didn't expect to get that far, but we were determined to at least try and it paid off.

“It felt so amazing to receive the player of the tournament award from Yannick Bolasie. I'm also grateful to the Swans for taking a great bunch of girls to the cup. We all thoroughly enjoyed it.”

Owen, who is also manager of the Swans Ladies, added: “Swans Ladies are constantly encouraging young females to participate in football.

“Having previously been a Kicks participant, senior team player Katy Hosford coached the team at the Kicks Cup this year, which is a testament to the programme itself.

“As team manager, I was delighted with the talent on show and I must say, the future looks bright for girls in football.”