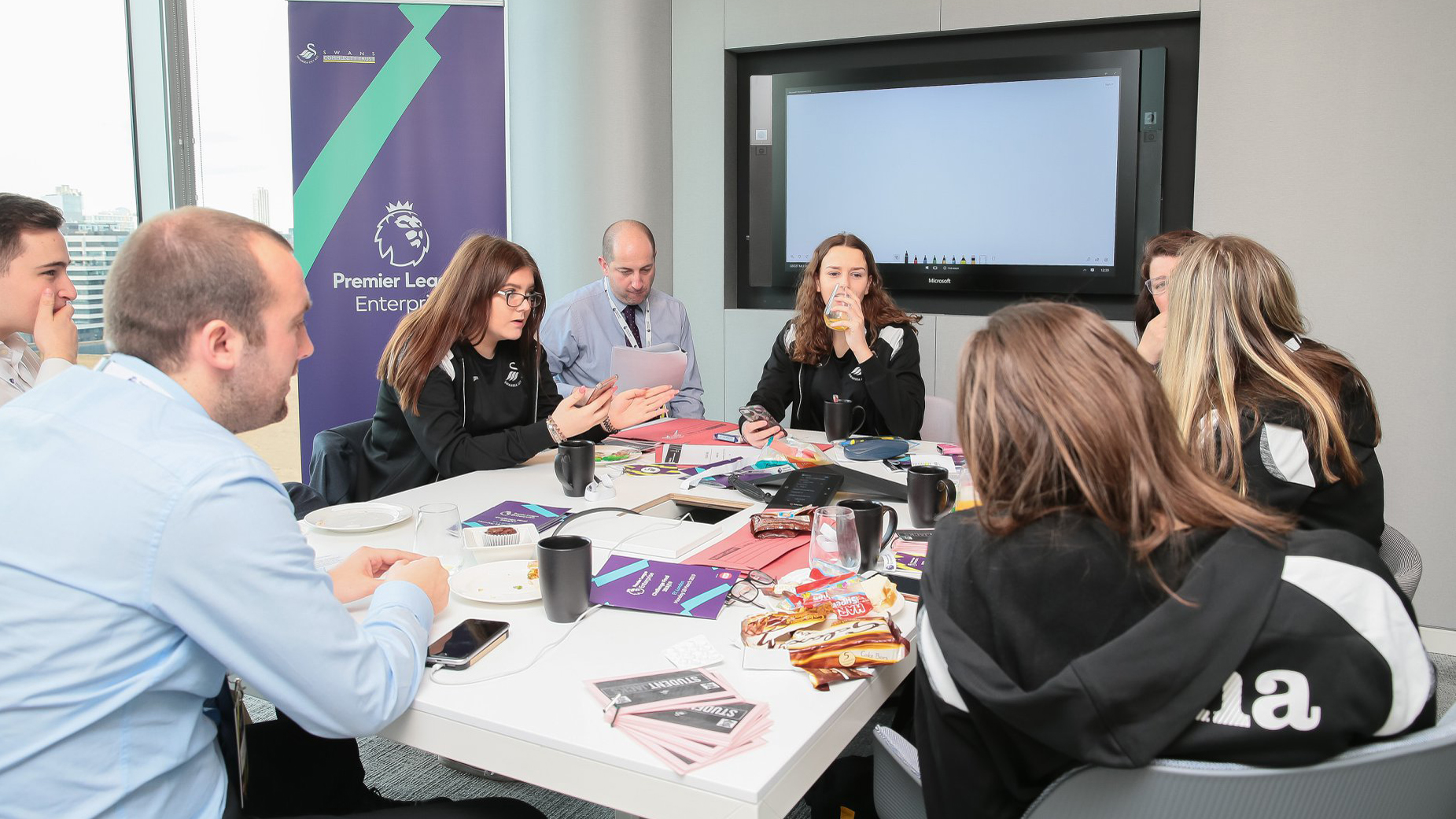 A team of budding young entrepreneurs from Llangatwg School represented the Swans in the Premier League Enterprise Challenge Final in London, doing their club and school proud.

After beating representatives from numerous other clubs in the Premier League Enterprise play-offs at Wolverhampton Wanderers’ Molineux Stadium in January, the team travelled to London’s Ernst & Young offices to compete in the final.

As part of this, the pupils created an initiative where students could purchase a 10 or 19-match package, which would also provide access to matchday transport, food, discounts and weekly competitions.

Throughout the day the pupils took part in poetry activities, feedback sessions with Mr Shires and an EY Future Skills Workshop, before presenting to the panel of judges.

Pipped to the post by Stoke City, the pupils still found the experience greatly rewarding and valuable for their education.

“The girls from Llangatwg School have shown great commitment and worked very hard since beginning the challenge in October,” he explained.

“They’ve developed a range of new skills - from writing a business plan and completing a financial forecast, to being able to present effectively to a large audience.

“The judges were extremely complimentary toward the girls and, in a tightly contested final, they narrowly missed out on the top spot.

“We are tremendously proud of Lauren, Lowri, Mia and Millie, and hope this unique experience will support them in education and employability further down the line."

To find out more about the Premier League Enterprise project, email stephen@scfccommunitytrust.co.uk