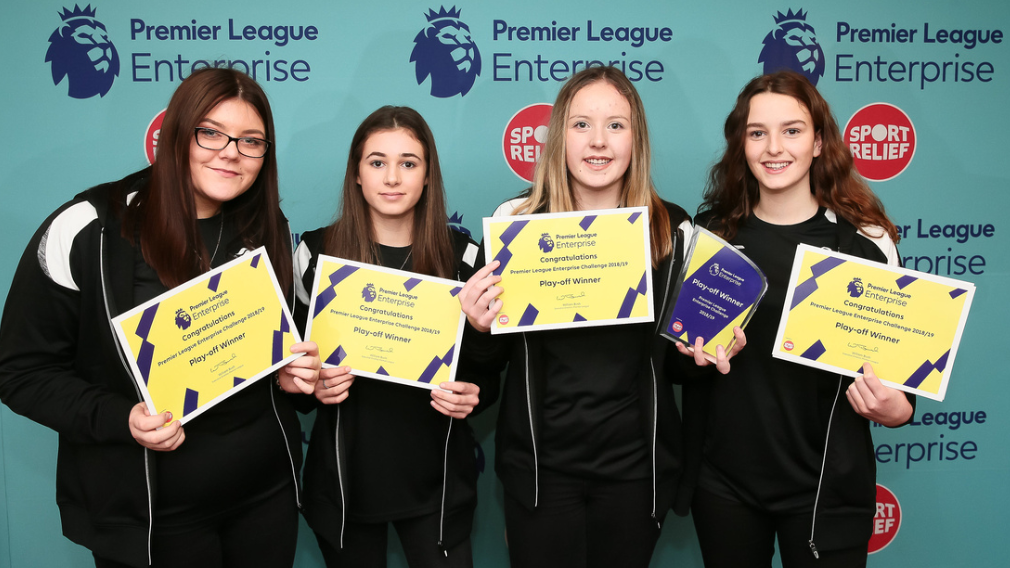 Pupils from Llangatwg School have won the chance to represent Swansea City at this year’s Premier League Enterprise Challenge Final.

They beat representatives from numerous other clubs in the play-off at Wolverhampton Wanderers' Molineux Stadium to become the first team confirmed to take part in the final later this year.

The event is the national competition element of the Premier League’s Enterprise programme, which began in 2009 and is run in partnership with Sport Relief.

There are 32 Premier League and English Football League clubs competing in this year’s challenge to win the chance to pitch their business idea to a panel of experts form the sport and business world.

The Enterprise Challenge sees Year 9 and 10 students set a football business-related task by Premier League Executive Chairman Richard Scudamore, which this season asked groups to develop a business plan and promotional campaign to increase the number of 18 to 23-year-olds following their club and attending matches.

The winning idea from Llangatwg students was to target students from the two universities within Swansea.

As part of this, the pupils created a bespoke offer where students could purchase a 10 or 19 match package, where students would also have access to matchday transport, food, discounts and weekly competitions.

“We spent a lot of time working together and the other teams had some great ideas, so to come out on top felt unbelievable,” said Llangatwg team member, Millie Thomas.

“We feel that completing this programme has given us a lot more confidence. We are now comfortable speaking in front of large groups which will support our presentation skills in a range of GCSE subjects.”

Fellow team member, Mia Davies added: “We are very excited for the final but still a little nervous. We have some time to take on board the feedback we received and make improvements before the final.”

The Community Trust’s Enterprise Coordinator, Stephen Greene said: “We are delighted with the team’s commitment towards the Enterprise Challenge, they set very high standards from the beginning and have developed wonderfully as a group.

“There were a number of strong presentations at the play-off, but Llangatwg did fantastically well to win. All their hard work has paid off."

Rhian Collins, the pupils' teacher explained how the Enterprise Challenge has helped the pupils in other aspects of their school lives.

“The Enterprise Challenge has been an amazing experience for the pupils. Not only have they grown in confidence but they have developed planning, critical thinking and collaboration skills which can be used in so many other areas within school and the wider world," she said.

To find out more about the Premier League Enterprise project, email stephen@scfccommunitytrust.co.uk