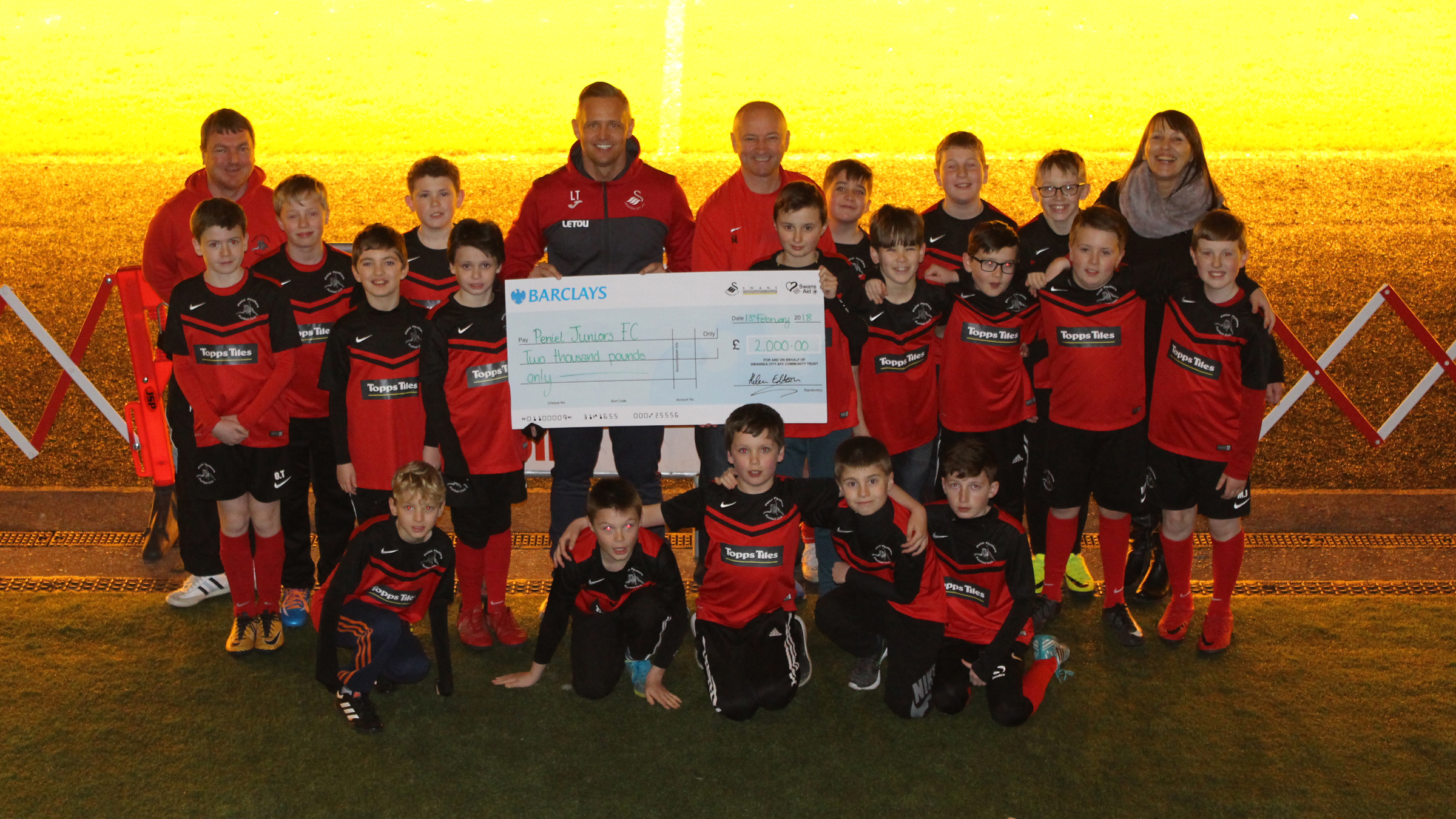 ​​​​​​​The Swans Community Trust this week welcomed young footballers from Peniel Junior Football Club to the Liberty Stadium to receive their SwansAid funding.

After successfully applying to our grant-giving scheme, the club were awarded £2,000 to fund the development of an under-12 football team and were treated to a tour of the stadium by Swans ambassador Lee Trundle, who also presented the cheque.

“Our current under-11 team will be progressing to junior football in September and they will need new kit and new equipment for the 9 v 9 games, plus additional coaches and courses,” said Peniel’s Kelly Thomas.

Historically a mini-league club for budding young footballers aged between five and 11, Peniel FC wish to expand in order to retain players who would otherwise leave to join other teams so they can progress to junior football once they reach secondary school.

“It will allow the club and the players to remain at our club when reaching junior football age,” Kelly continued.

“This is a huge boost for the club and community and means that the players do not have to join another club next season.

“The players have played together since they were five years old and are a hugely successful team. We cannot wait to see them progress within the Carmarthenshire Junior League, which is very competitive.

“It’s amazing to win a SwansAid grant. For a small community club, it is a huge financial boost as we are totally reliant on funding from parents, so receiving the grant is a huge relief for us.

“I would definitely recommend applying to SwansAid. It makes such a huge difference and we are so grateful to the Community Trust for their support.”

If you want to find out more about SwansAid and how it could help your organisation, email Helen@scfccommunitytrust.co.uk