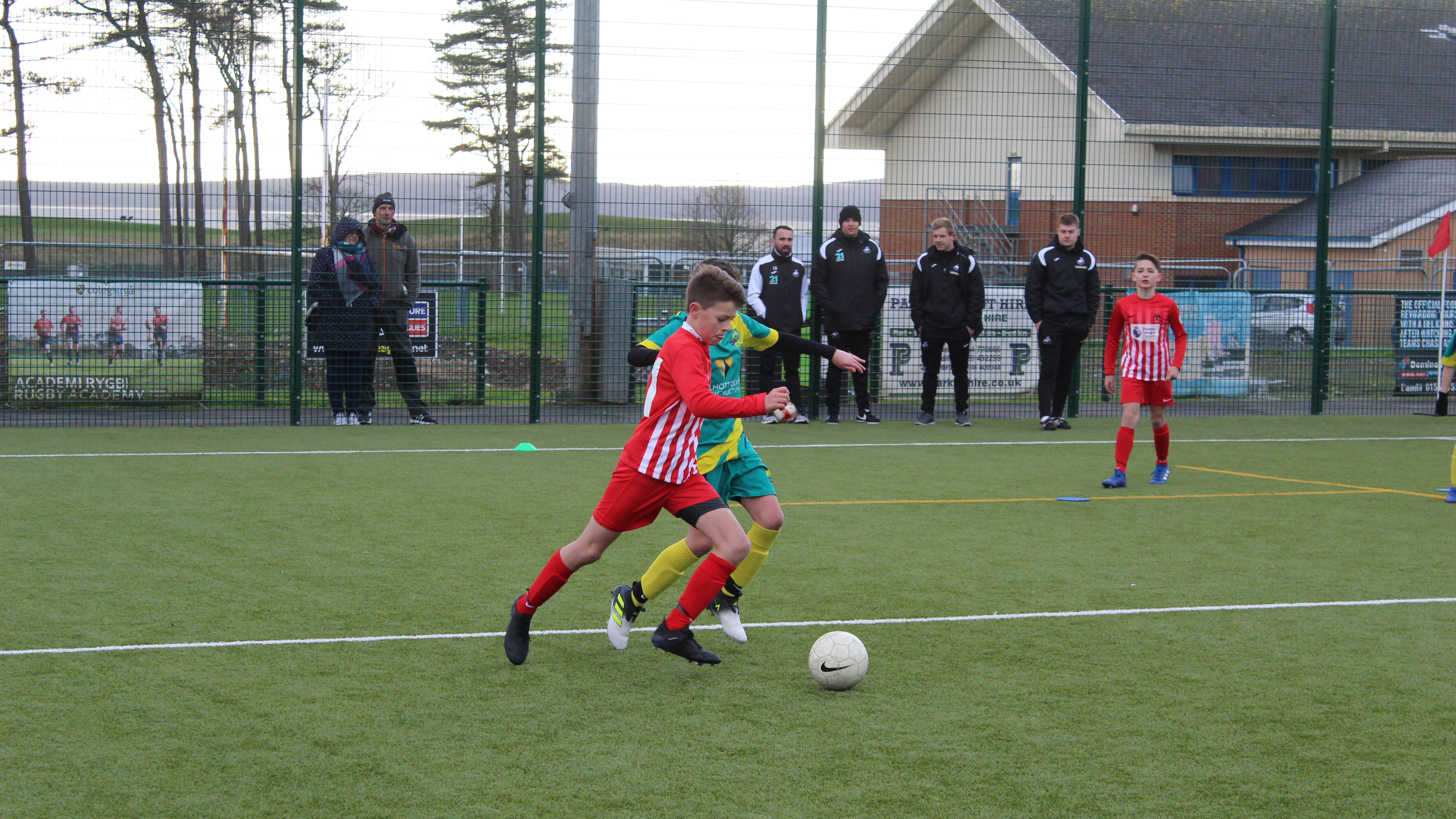 Pupils from Mary Immaculate School are set to represent Swansea City in the regional south finals of the EFL Kids Cup after seeing off competition from over 90 primary schools.

Mary Immaculate School were among schools from across five counties competing in the qualifying tournament at Coleg Sir Gar for the chance to represent the Swans in the next stage of the tournament.

The EFL Kids Cup, hosted by the English Football League, involves over 16,000 children and encourages participants to be active, healthy and develop a strong sense of teamwork.

“We had over 90 Primary Schools enter in our EFL Kids Cup qualifiers across five counties – Neath Port Talbot, Swansea, Powys, Carmarthenshire and Pembrokeshire.”

Swans legends and club ambassadors Lee Trundle and Leon Britton were also on hand at Coleg Sir Gar to present certificates and trophies to the winning team.

As well as the exciting football being played, those taking part made an impression with the positive attitudes on display.

“We are very passionate about pupils playing the right way and displaying the correct values amongst all the fantastic football on show,” added Curtis.

“We were looking for pupils that could win and lose gracefully, respect the referee's decisions and show a never-give-up attitude.

“Taio Ramsey of Model Primary was lucky enough to win the Bersant Celina signed shirt after consistently showing these values throughout the tournament."

Mary Immaculate School will attend the regional south finals at Aston Villa and if successful, could be on their way to competing in the national finals that will be held at Wembley Stadium ahead of the Championship play-off final on May 27.

We wish Mary Immaculate the best of luck for the next stages of the competition.

To find out more about the Premier League Primary Stars programme, contact curtis@scfccommunitytrust.co.uk.