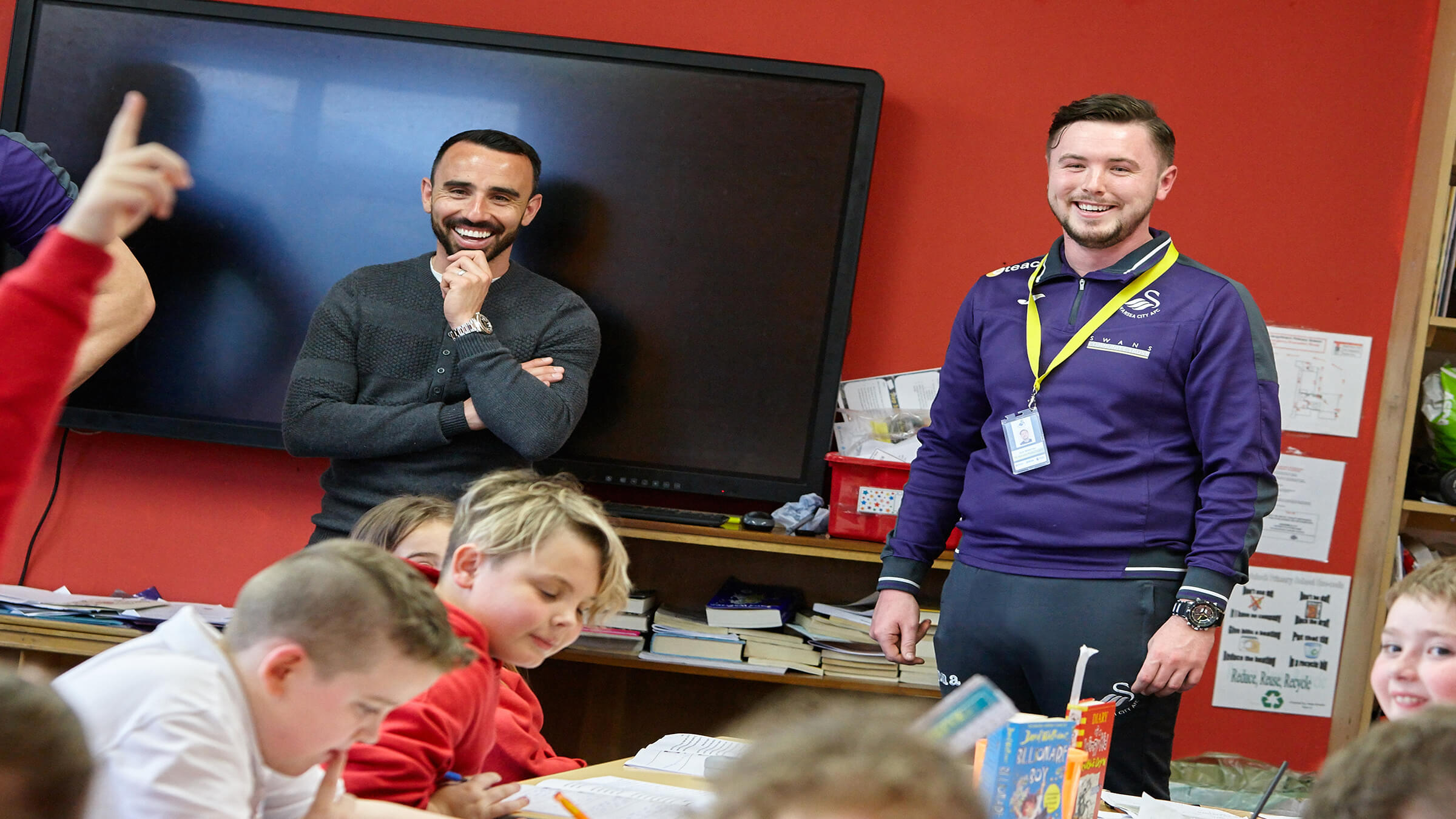 They popped into school during the pupils’ in-class session with the PL Primary Stars project, with Britton and Trundle reiterating the following messages that make up the project's ethos:

- Be fair
- Be inspired
- Be connected
- Be ambitious

“It was really good to see the kids and see the work that they’ve been doing in the classroom with our Premier League Primary Stars coaches,” said Britton. “It was great to talk about team work, being fair and the other values that apply to football but also to school work and outside of school in their home life.”

Britton wasn’t alone in his praise of Premier League Primary Stars, as Trundle echoed his comments.

“It’s good that they teach the values to the kids in a football form because it’s important to put those values into practice in your school life as well, such as being fair and working as a team,” added Trundle. “It’s a clever way to get those values across to the pupils."

The visit follows collapsed curriculum days with local schools also revolving around these key values, where Trundle took part in a Fair Play Q&A with pupils.

The Community Trust’s education manager Thomas Williams said: “Playing the right way encompasses being respectful to others, giving positive encouragement and being fair.

"These are really important messages that reflect the ethos of the Premier League Primary Stars programme.”

To find out more about our Premier League Primary Stars project email Thomas on Thomas@scfccommunitytrust.co.uk