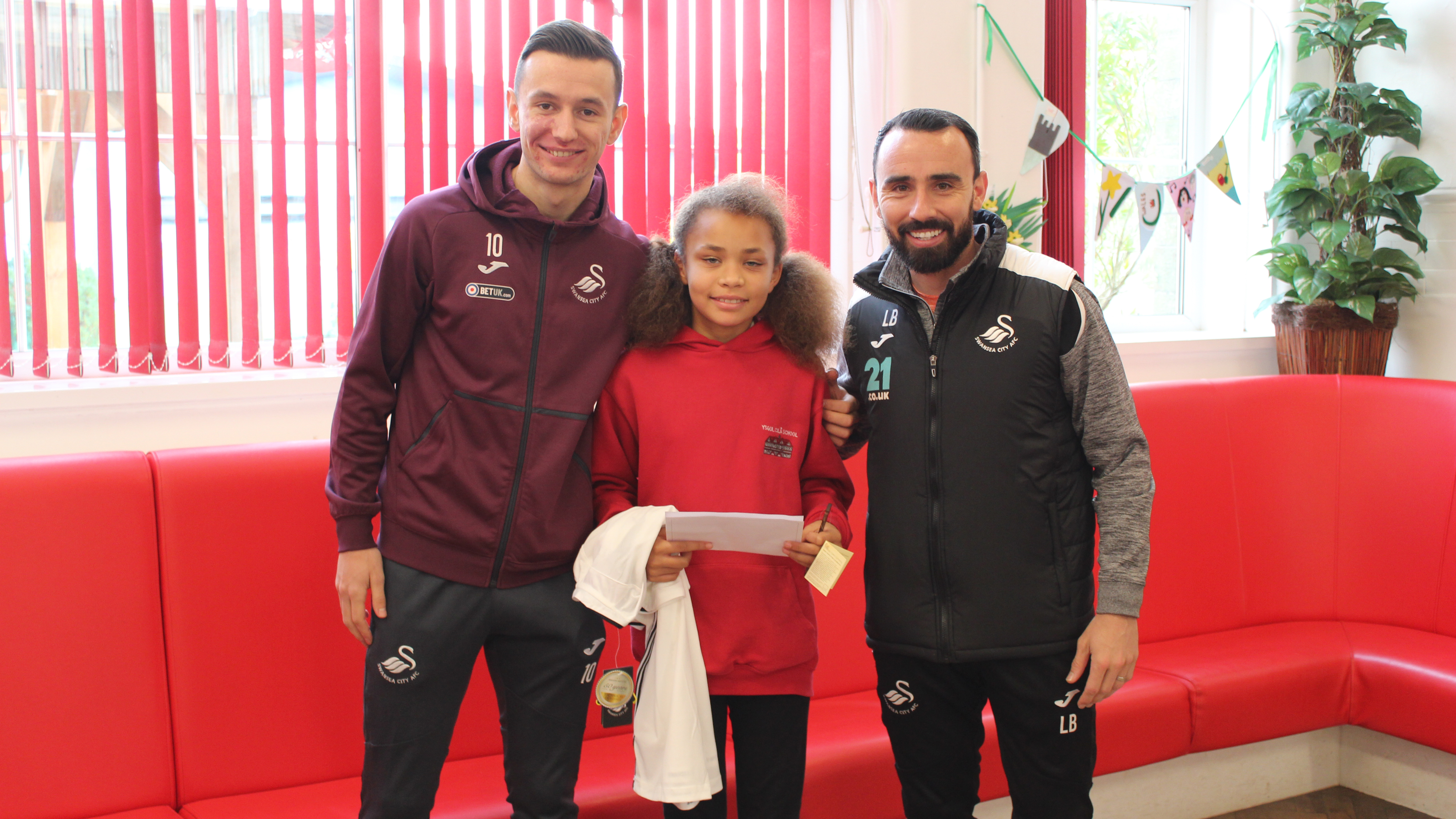 Over 300 poems were assessed on the correct use of vocabulary, tone, figurative speech, effect, appeal, and originality, while sticking closely to the theme of diversity.

Swans star Bersant Celina was on hand to present Lola with a Swansea City shirt signed by himself, as well as four tickets to Saturday's match against Sheffield United.

“It was great to surprise Lola with her prize, she along with her classmates have put a lot of thought and effort into their poems,” said Jack Midwinter, Primary Stars programme co-ordinator.

“Lola’s poem was one of many fantastic entries and we as a project are really proud of all the participants who entered.

“We are really thankful to EG Lewis and Bersant for supporting the competition and coming out to surprise Lola, in what has been a really successful competition this year."

The Premier League Writing Stars competition offers primary school children the opportunity to get creative and produce poems based on this year’s theme of diversity.

This year, the Premier League teamed up with poet Joseph Coelho to inspire young writing stars to write poems celebrating what makes us different and what makes us the same.

Our Primary Stars programme this year teamed up with EG Lewis Group, a local business who offer a full range of industrial services across South Wales.

Through their membership of the Swans’ City Business Network, EG Lewis Group provided several prizes for Lola, whilst the second and third-placed entries were also given tickets to the Sheffield United match.

“We are delighted to have partnered with Swansea City AFC Community Trust on another initiative in partnership with our sponsorship of the Premier League Primary Stars workbooks,” said Ben Jenkins from EG Lewis.

“I would personally like to congratulate Lola on her tremendous poem surrounding diversity.”

There are additional prizes for the best poems entered in Welsh. Schools will be informed in March 2019 if they are one of the national winners.

To get your school involved in Primary Stars or to find out more information, contact our Primary Lead - curtisgrant@scfccommunitytrust.co.uk