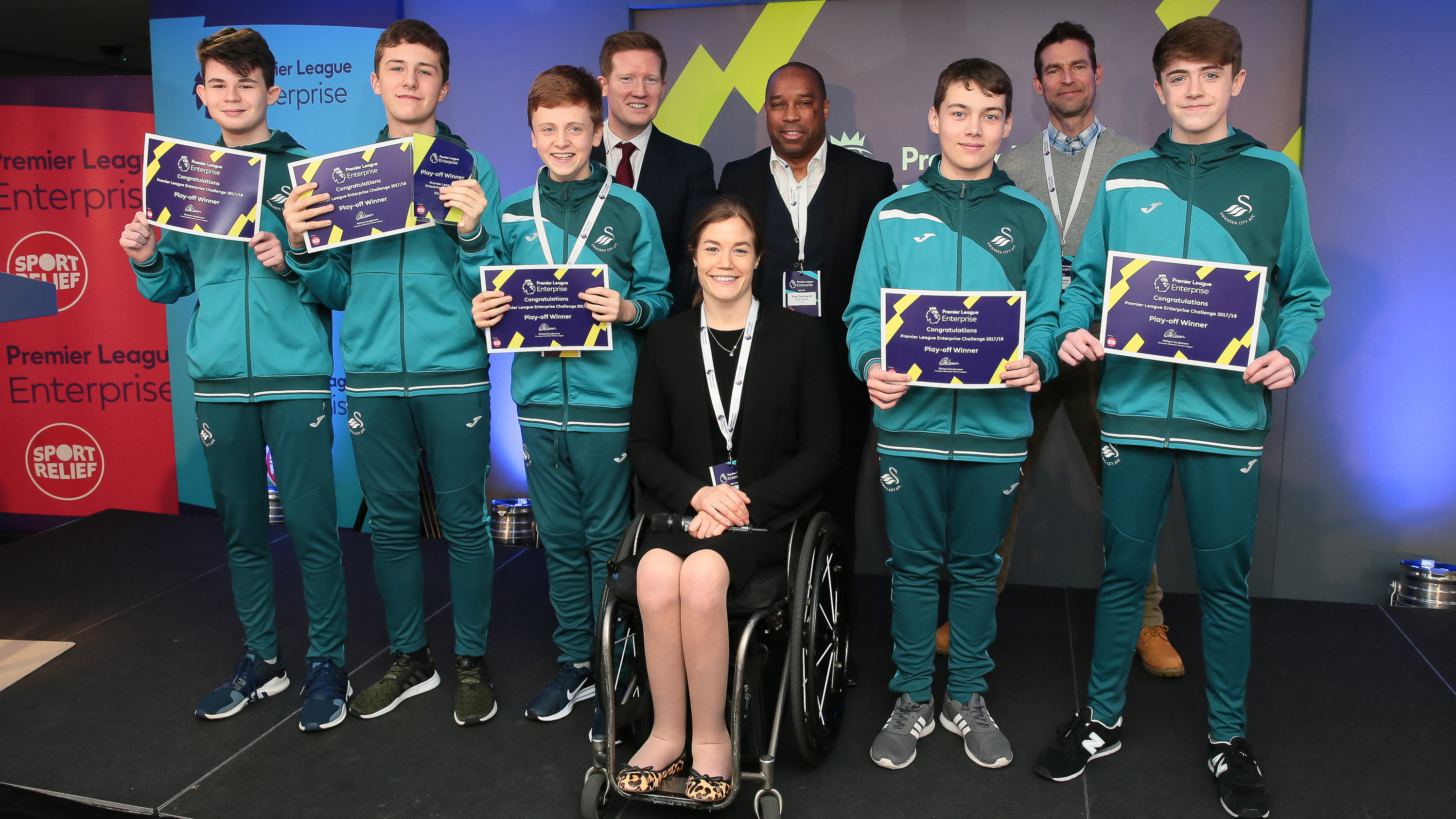 Pupils from Dwr-Y-Felin have won the chance to represent Swansea City at this year’s Premier League Enterprise Challenge Final.

They beat representatives from numerous other clubs to the opportunity to take part in the final being held at the Ernst & Young Offices in London.

The event is the national competition element of the Premier League’s enterprise programme which began in 2009 and is run in partnership with Sport Relief.

The Enterprise Challenge sees Year 9 and 10 students set a football business-related task by Premier League Executive Chairman Richard Scudamore, which this season asked groups to come up with initiatives to encourage diversity and make going to a match the most enjoyable experience.

The winning idea from Dwr-y-Felin students was to make matchdays more inclusive to fans who have autism. This has been supported by the club as we look to pilot their ideas in an upcoming match day. The team are being assisted by the club after they were granted £1,500 from the Swans Community Trust’s Inclusion project after winning their local heat.

“Leading up to our presentation we were really nervous, but once we delivered we were really happy with how it went,” said Dwr-y-Felin team member, Nathan Austin-Eames. “When we found out we won we were all really shocked and excited.

“The other teams were all so good - we weren’t expecting it. We all feel really proud to represent the Swans in the final.”

Fellow team member, Ioan Power, said: “We’re going to have to put in a big shift to get ready for the next round, but we’re all up for the challenge and can’t wait to get started.”

“They were passionate, clear and enthusiastic. The standard set by all the teams was incredibly high and the boys should be very proud of what they’ve achieved.

“They dealt with the questions fired at them with insight and humour. The judges were all very complimentary in their feedback and they really deserved their success.
“The confidence with which they represented the both the Swans and Dwr-y-Felin was a real credit to them.

“I’m really looking forward to seeing how they develop their idea as we begin preparing for the final.”

Pupils from Dwr-y-Felin will now head to the Ernst & Young Offices in London to compete in the Premier League Enterprise Challenge Final on April 23.