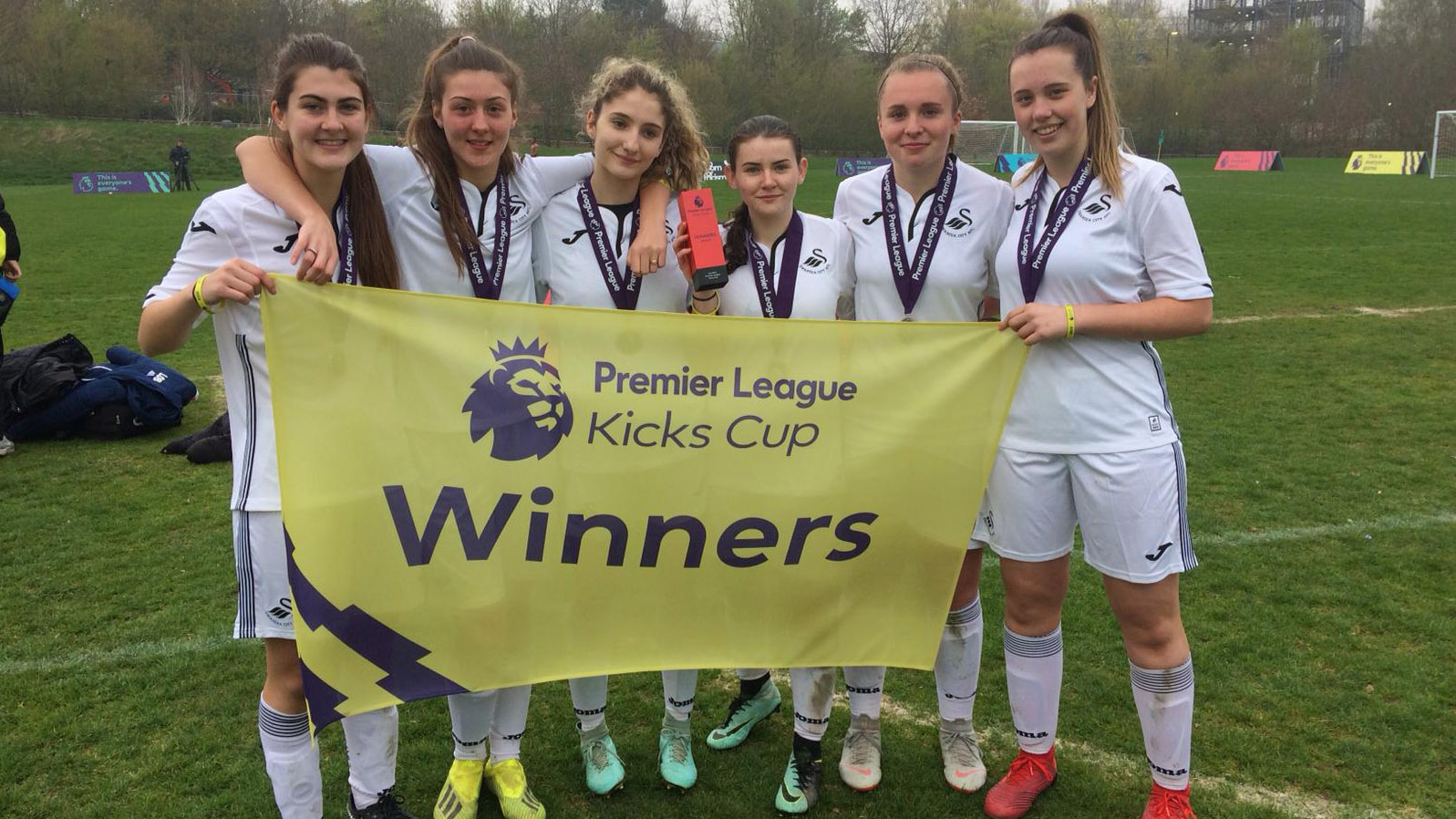 The team from the Trust’s Premier League Kicks project defeated Barnet on penalties to emerge as the victors.

Following a tense victory on penalties in the last four, the girls advanced and faced Barnet in the final.

The tournament ended in dramatic fashion with another penalty shootout, but the Swans did enough to bring home the silverware.

The Swans’ Premier League Kicks boys’ team were also in action, but were knocked out of the last-16 following a 2-0 defeat at the hands of Watford.

The Premier League Kicks Cup is an annual tournament which celebrates the work undertaken by the PL Kicks programme in local communities across England and Wales throughout the year.

Now in its 12th season as a national initiative, Premier League Kicks began as a pilot project in London between the Premier League and the Metropolitan Police in 2006.

It aims to use football to bring communities together and improve engagement with young people to build safer, stronger, more respectful environments through the development of skills and potential.

“The final was great but unfortunately one of our players suffered an injury so there was a bit of a break in play,” said Community Trust coach Katy Hosford.

“But luckily enough, one of the girls named Anwen stepped in to be goalkeeper and saved two penalties to get the win.

“They all play for each other, they’re a really close-knit team and that’s developed every week."

The girls had a point to prove, having finished as runners-up in the 2018 Kicks Cup held in Manchester.

“I played in the Kicks Cup last year and we got to the final but finished as runners-up, that was on penalties as well. It’s amazing to come back again and prove that we can win it this year,” said Brooke, a member of the winning Swans team.

“The Kicks Cup is a big opportunity to get involved with different people from different cultures and different backgrounds and it’s just been a really good learning curve for us."