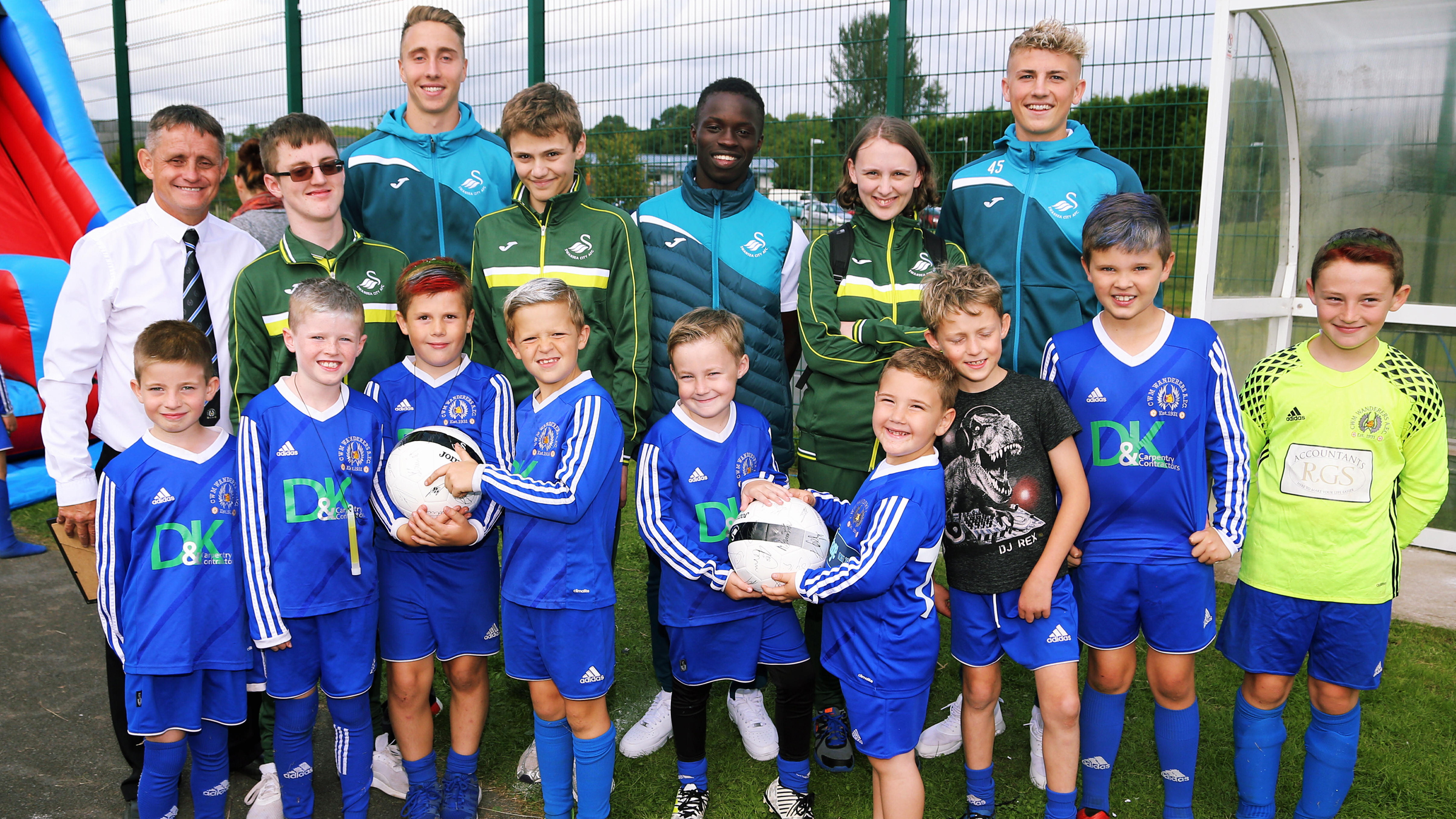 The Swans have continued their work within the disability sports sector by pledging their support to a local autistic football academy.

Run and operated by Swansea based football club, Cwm Wanderers, the academy has seen investment and support from both the Swans and the Community Trust’s Inclusion project - in the form of financial aid to fund equipment, specialist coaching and an astro facility - as well as aiding them in their official launch at the weekend.

“I came up with the idea to create a Development Academy to sit alongside the mainstream teams in Cwm Wanderers with the sole purpose of providing specialist coaching with a disability coach,” said Andrea Smith of Cwm Wanderers.

“The aim of the academy is to ensure that we promote inclusion and not segregation."

Successfully pitching the idea at a Dragons Den style competition organised by EE earlier this year, Andrea then set out to establish the academy for players with Autism and soon partnered with the Swans.

Swans Academy manager, Nigel Rees, added: “During the last few weeks, we have been working in partnership with the Community Trust and Cwm Wanderers to support the establishment and opening of a new development academy for young players with specific educational needs.

“All sport, including football, should be accessible to all young people and this academy in conjunction with Cwm Wanderers is testament to the fact that our communities are all working hard to develop a culture of inclusion."

Attending the launch of the new academy were Swans Academy players Steven Benda, Mael Davies and Causso Darame, who took the time to meet and talk to Cwm Wanderers' young players.

“Swans Academy is delighted to have been involved with this venture and we will continue to support the programme as much as we can,” Rees added.

The Swans Community Trust’s senior inclusion manager, Richard Jones, added: “Cwm Wanderers recognised the need for something specific for children with autism as a way of engaging them into football, as well as the need for establishing a safe social environment for children.”

“Not only is this a football session, but there is also a youth club element to the academy, which gives the children and young people the opportunity to develop their confidence, as well as social and life skills – it is hoped that those involved will be able to achieve qualifications and vital work experience."

With the Academy officially launched, sessions will soon start, but for budding young footballers with autism already enrolled, the impact has been instant.

“Seeing the kids in their kits and the pride they felt was fantastic,” said Andrea following the launch. “Even on day one, we can see the benefits.”

For more information about the academy and how to get involved, please email Andrea Smith on cwmwanderersasd@gmail.com