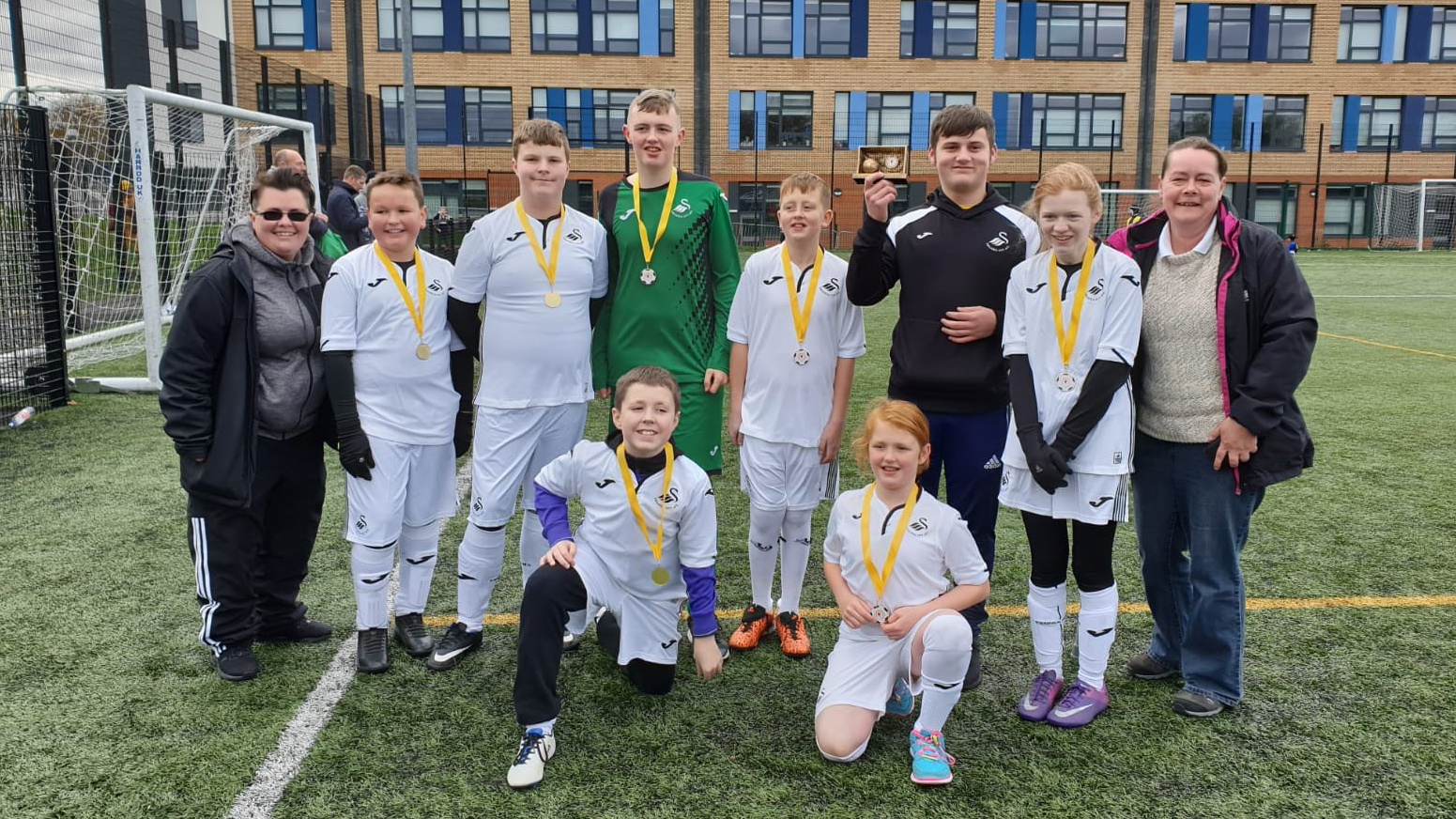 The tournament was an opportunity for teams to pull on the famous white shirt and show off their skills against other sides from Championship and Premier League clubs.

The Swans were represented by two teams – an adult team, made up of participants in our Down’s Syndrome football sessions, and an under-13 team, made of players from Cwm Wanderers ASD Academy, with whom the trust have a strategic partnership.

Inclusion manager Tom Williams said: “This tournament was an amazing opportunity for our participants to not only represent Swansea City, but also to meet new people from different clubs and show off the skills they’ve learnt through attending our inclusive sessions.

“Both teams did incredibly well throughout the tournament, representing the club with great passion and enthusiasm.”

Richard Harris, volunteer coach at our Down’s Syndrome football sessions, said: “It was a fantastic day for everyone involved. We’ve been training weekly for the last six months so it’s great for those involved to feel a part of the club and put what they’ve learnt into action”.

Following wins and draws against clubs including Everton, Aston Villa and Bournemouth, our team from Cwm Wanderers ASD Academy were crowned champions for their respective age group.

If you’d like to hear more about our inclusive sessions, or want to find out more about how you can be a part of them, contact inclusion manager Tom Williams on thomas@scfccommunitytrust.co.uk or click HERE.