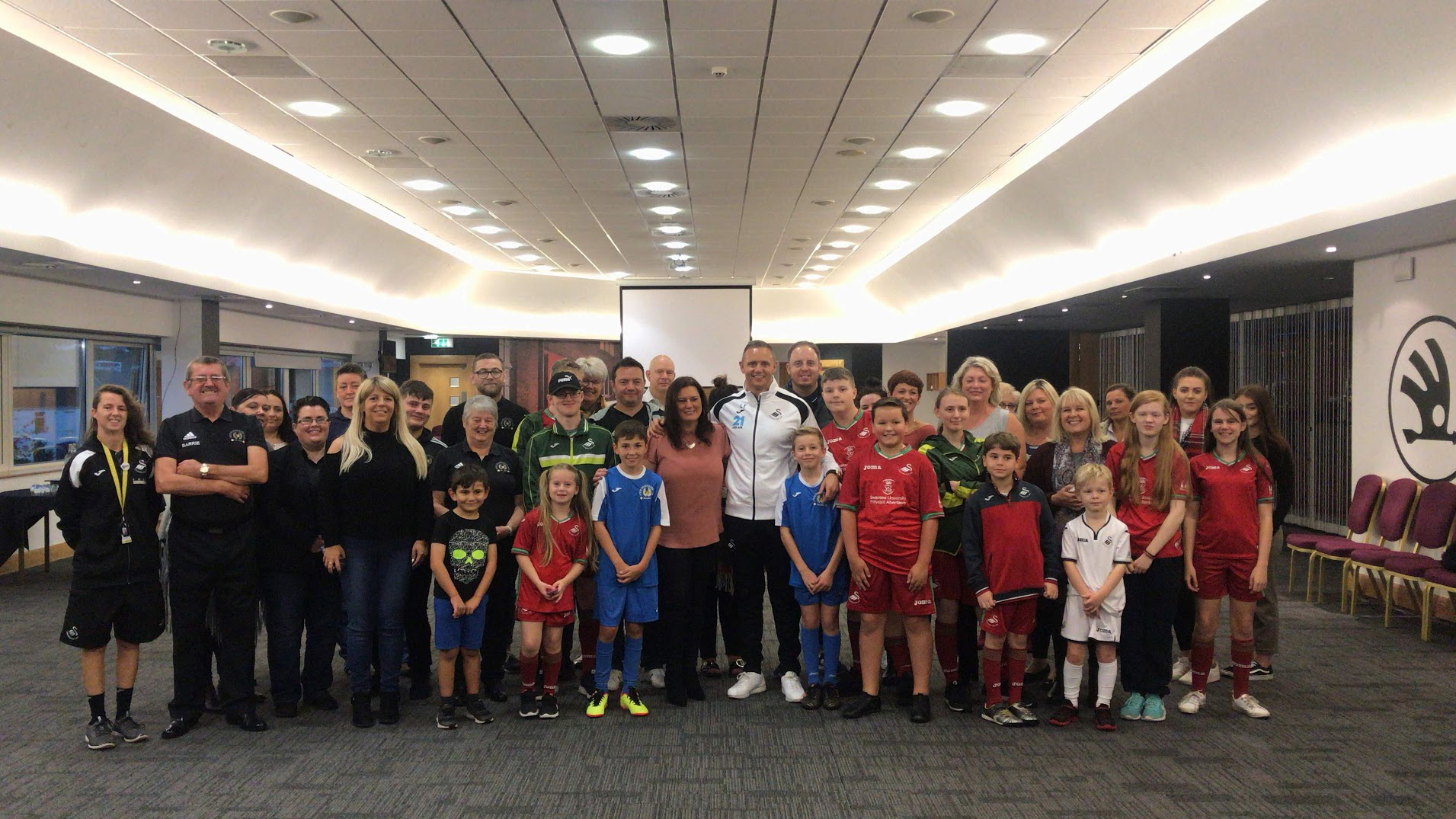 Trust joy as Andrea is recognised

Since its inception in 2008, the charity has successfully developed a range of youth engagement, educational and employability projects which all have themes of health and inclusion.

One of the organisations supported by the trust’s Inclusion project is Cwm Wanderers ASD Academy in Ystradgynlais.

The trust provides funding for the Astroturf at Cwm Wanderers, as well as providing FAW coaching courses and disability inclusion training.

Andrea said: “The issue of loneliness for autistic children is a big problem. We try to keep the children fit by taking part in the football session and following this with a youth club.

“They can all come together and enjoy a fun and engaging environment at our club.”

Andrea was nominated for ITV Lorraine’s Inspirational Woman of the Year Award.

One parent from the academy said: “Because Andrea’s son has autism, she wanted to come up with an idea that would give autistic children somewhere to go and something to do.

“My daughter has autism – she was going through a really tough time and this academy has transformed her life.

“It’s really somewhere you can be yourself – both for the children and for the parents.”

Another parent added: “She knew how we felt as parents and as soon as I connected with her, I knew this woman was really special.”

Andrea was surprised with the news of her being nominated for this award on live television by presenter Kate Thornton, club ambassador Lee Trundle and many members of Cwm Wanderers ASD academy at the Liberty Stadium.

“I thought I was meeting staff of the Community Trust for a partner breakfast – I was so surprised when they opened the doors and everyone was standing there. It was just amazing,” Andrea said.

Inclusion coach for the trust, Kaya Blackmore, said: “She’s so passionate about her job and what she does with the academy. She’s an inspiration and fully deserves this recognition.”

Andrea was invited to appear live on Lorraine and attend the Woman of the Year lunch in London.

Fashion editor for Lorraine, Mark Heyes, pampered the three Inspirational Woman of the Year finalists to get them ready for the ceremony.

The lunch is supported by Lorraine, and viewers of Lorraine Kelly’s popular morning show vote for the winner of the Inspirational Woman of the Year award.

The three finalists were sent a message from Theresa May, who said: “I’ve always drawn more inspiration from the seemingly ordinary women who quietly and without fanfare do extraordinary things that make this country the very special place it is.

“Women like this year’s inspirational nominees don’t do what they do for fame and riches, they do it simply to improve the lives of the children they are dedicated to helping.”

At the ceremony, it was announced that Andrea won the Lorraine Inspirational Woman of the Year award.

Everyone at the club and the trust is delighted with the recognition that Andrea has had and we look forward to supporting Cwm Wanderers ASD Academy further through our Inclusion project.